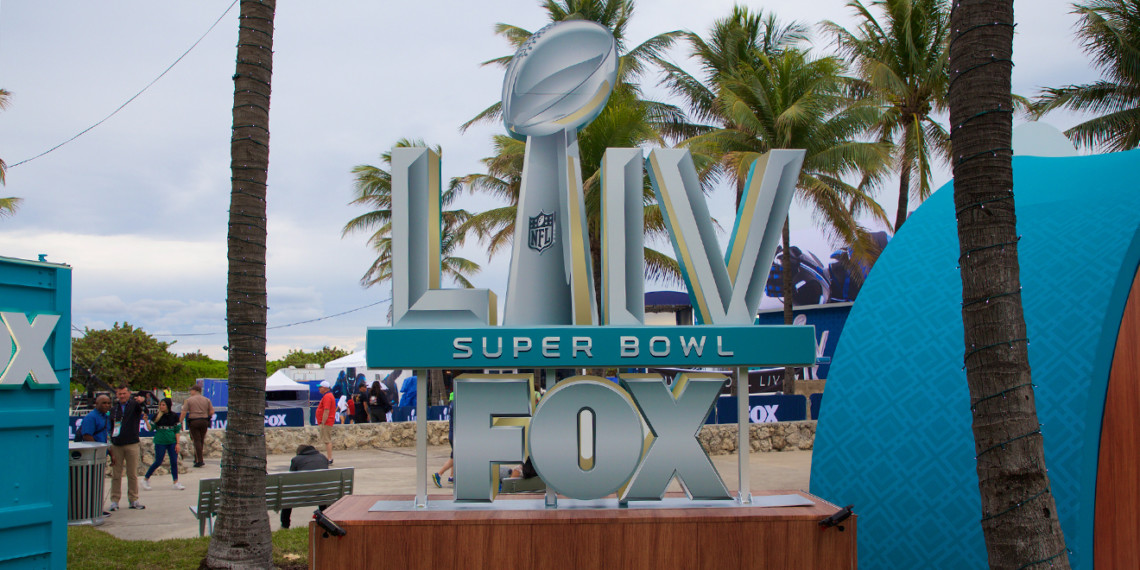 This is the ninth Super Bowl that Fox is airing, but the first as part of a slimmed-down and spun-off Fox Corp. following the Disney deal last year.
Rolando Rodriguez/Fox
Share
By Jason Lynch
|
January 30, 2020
Share

Fox knows Sunday’s broadcast of Super Bowl 54 will attract north of 100 million viewers. And if it can convince enough of them to stick with the network beyond the Big Game, it should cement its first season victory in the adults 18-49 demo in eight years.

Between the game’s high-profile ads, which cost as much as $5.6 million per 30-second spot, Fox will be promoting its midseason entertainment slate. The network has the season lead in the 18-49 demo, with a 1.9 rating (NBC, which won the demo crown during the last three seasons, is No. 2 with a 1.6).

If Fox can maintain its lead, securing its first demo win since the 2011-12 TV season, it would be a particularly sweet victory for the network, which is in its first full season as a slimmed-down, spun-off company following the Disney deal last March.

Fox Entertainment CEO Charlie Collier has been publicly laying the groundwork for Sunday’s game since Fox’s upfront event last May, where “I started the presentation by saying, ‘What would you do if you had the chance to start again?’ And I said, ‘If I were to start from scratch, the first thing I start with is the biggest event on television: the Super Bowl,’” he said.

Since it started airing NFL games in 1994, “Fox, to me, has always brought an energy and a difference to the game, with the way that Fox Sports covers it,” said Collier. His mantra for Fox Entertainment as it enters its first Super Bowl under his watch: “We’re trying to have that attitude, and really enjoy the Super Bowl like the advertisers do. Just like the advertisers, we’re trying to use it to highlight our creative and our creativity.”

That includes Fox’s “Super Monday” campaign, encouraging viewers to take the day after the Super Bowl off, which began a month ago and will run through the Super Bowl and the following day. “It’s been a really fun way to not just highlight our programming but also to do something that I haven’t seen other host networks do, which is try to create a campaign that is bigger than the [in-game network] promos themselves,” Collier said.

Fox’s Super Bowl campaign for its midseason shows started “well before the game,” said Collier, noting that the network has been using the NFL Playoffs to highlight its entertainment slate to entice football audiences to stick around.

In the lead-up to Sunday’s game, including its seven-and-a-half hours of pregame coverage, and across all platforms, “you’re going to see highlights of all our shows.”

For the in-game promos, Fox will focus on its top priorities, including The Masked Singer—which kicks off Season 3 in the coveted post-game slot—and 9-1-1: Lone Star and Prodigal Son, which air the following day as part of Super Monday.

Looking ahead to later in the week, “The Masked Singer comes back on Wednesday with [new reality competition series] Lego Masters, and then you’ll see everything from The Resident to [new drama] Deputy and others, all highlighted in different ways,” Collier said.

Super Bowl 54 is a microcosm of Fox’s new strategy entering this season: using its big sports events (including Thursday Night Football, Friday Night Smackdown, Saturday college football and Sunday’s NFL games) to funnel audiences to its entertainment shows the rest of the week.

“The Super Bowl is the biggest television event of the year,” Collier said. “Fox Sports does an absolutely amazing job all season long being home of the NFL. We take such pride, even on the entertainment side, of being strategic around our partnership with the NFL. And this is the culmination of the season and the biggest reach moment of the year.”