ESPN’s The Ocho Is Back, This Time With Cornhole and Chess Boxing

Returning for its second year, it'll be sponsored by KFC 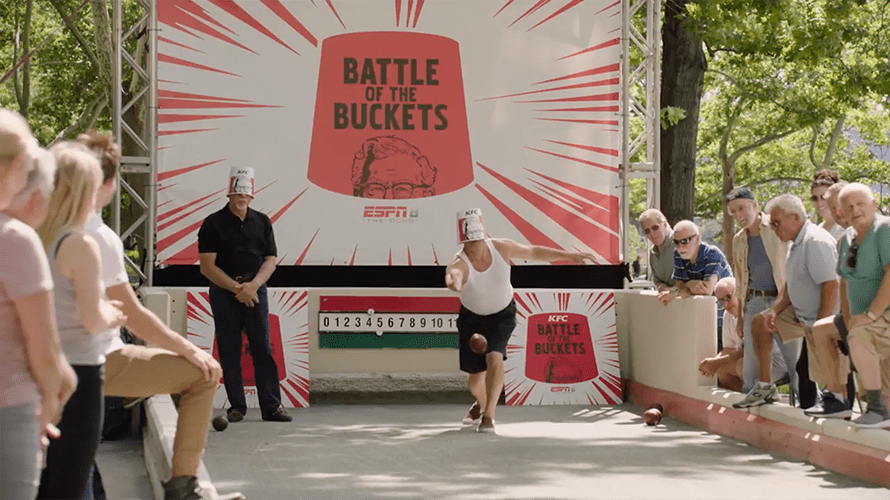 It’s been more than a decade since Dodgeball: A True Underdog Story hit theaters in 2004. But the fake sports channel imagined in the Vince Vaughn/Ben Stiller “classic,” is coming back to ESPN this year for the second time.

The fake sports show in the movie was called ESPN 8 The Ocho and coined phrases from broadcasters Cotton McKnight and Pepper Brooks (who were played by actors Gary Cole and Jason Bateman), such as, “They’re definitely not on the court, Cotton. Their absence is noticeable.”

While that hilarious commentary from the actors won’t be available in this new year of programming on August 8, ESPN will offer coverage from sports that are “seldom seen.”

Inspired by the movie, the hours of content are described by ESPN as “fun, off-beat programming.”

And KFC will sponsor the 24 hours of programming, with vignettes that run throughout the day. KFC released a teaser, featuring The Battle of the Buckets, seen below.

Of those shows, you might catch a tournament of lightsaber combat or “chess boxing,” described by ESPN as a competition “designed to test both the body and the mind.”

The 24 hours of programming will air on ESPN2 and will be on-demand on the ESPN app. Additional content will appear on ESPN.com, ESPN the magazine and across social media platforms.

The special programming will kick off at midnight and end with the film Dodgeball: A True Underdog Story. Here’s the rest of the scheduled programming: