Says it was the 'most egregious error' of his career 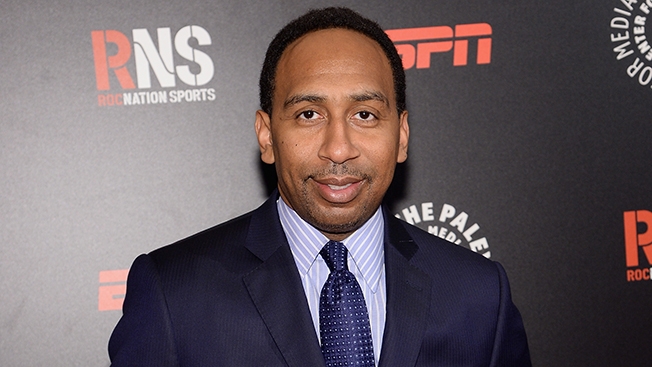 UPDATE: ESPN announced Tuesday that Stephen A. Smith will be off First Take and ESPN Radio until Aug. 6.

In a cold opening of ESPN2’s First Take program, Smith and ESPN tried to put a damper on the social media fire that’s been swirling since Smith made his incendiary comments Friday in a segment about the NFL only suspending Baltimore Ravens star Ray Rice two games for knocking out his then fiancee, now wife, at an Atlantic City hotel in February.

Describing it as the “most egregious error” of his career, Smith said he’s long spoken out against domestic violence. He noted he was raised by his mother and four older sisters.

“My words came across that it is somehow a women’s fault. This was not my intent. It is not what I was trying to say. Yet the failure to clearly articulate something different lies squarely on my shoulders,” said Smith on the air. “To say what I actually said was foolish is an understatement. To say I was wrong is obvious. To apologize, to say I'm sorry, doesn’t do the matter its proper justice to be quite honest. But I do sincerely apologize.”

Here's a clip of his original comments:

And here's his apology:

Co-host Cari Champion gave Smith a pass Monday—while blasting the NFL’s suspension of Rice as “not enough.”  But on Friday, Michelle Beadle broke ESPN’s usual taboo against criticizing colleagues by tweeting that Smith’s comments were wrong.

“I’m now aware that I can provoke my own beating,” Beadle tweeted.

ESPN put out its own statement Monday distancing itself from Smith: “Stephen’s comments last Friday do not reflect our company’s point of view. As his apology demonstrates, he recognizes his mistakes and has a deeper appreciation of our company values."

ESPN spokesman Josh Krulewitz declined to comment on whether any advertisers had pulled (or threatened to pull) their ads from First Take, the weekday morning show hosted by Smith, Champion and Skip Bayless.