'I'm doing exactly what I wanted to do' 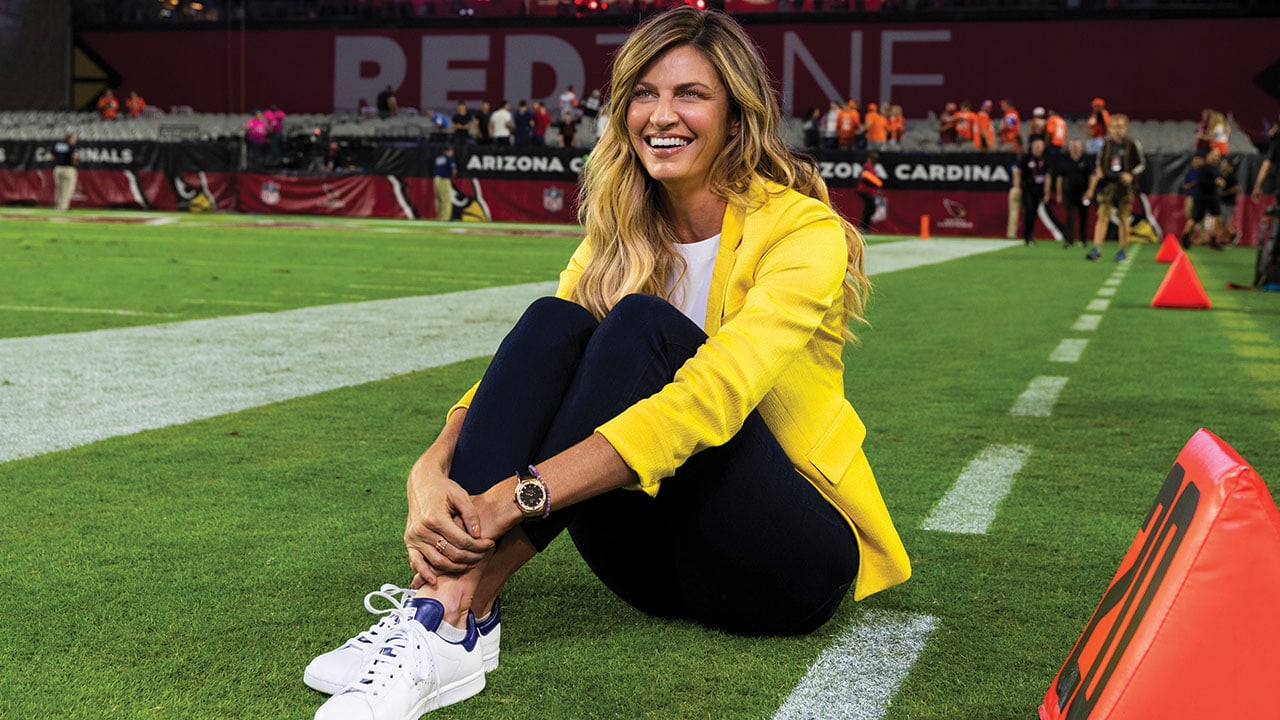 In addition to her career as a sports journalist, Andrews has found time to co-host ABC’s Dancing With the Stars.
Ric Tapia — Icon Sportswire via Getty Images
Share
By Sara Jerde
|
July 8, 2019
Share

Erin Andrews grew up watching her father report on the local NBC affiliate, a connection that grew even deeper as they watched sports games as she got older. Her so-called love affair with sports continued when she went to college at the University of Florida for telecommunication before landing a gig working with the local NHL team in Tampa Bay. “I’m doing exactly what I wanted to do,” Andrews said. “It all started with me knowing right away, because of my love for sports and my relationship with my dad.”

She and her father still watch sports together, albeit somewhat nontraditionally: Now, he watches her sideline reporting and features on Fox NFL Sunday and on NFL Thursday Night Football as he texts her updates “posing as a producer.” “It’s awesome, because my dad and I get to share that experience,” she said.

In addition to her career as a sports journalist, Andrews has found time to co-host ABC’s Dancing With the Stars, which she competed on as a contestant in 2010 (and earned third place). Filming for her 10th season of the reality competitive series starts soon, so she’ll start prepping for her DWTS hosting gig on the flight home from the football game on Sunday night.

DWTS may be a bit more carefree than football, she said, “but not too much.” Both are unscripted, she said, and in both, “we have no idea what’s going to happen next.” In each scenario, Andrews is also always operating in the moment and thinking of questions that can speak to the thought process behind each of the moves performed—whether that’s on the dance floor or the field.

While Andrews says she’s never played sports for a living, she’s always been hungry to take on more work. And she’s extremely competitive. “I want to have my hands involved in everything. I want to be involved in everything,” Andrews said. “I didn’t stop for eight to 10 years of my life. I put off a lot … that’s just what I wanted to do, and it was hard.”

Though it’s been a difficult journey, she’s not stopping anytime soon.

“I want to work even harder,” she said, “and take on even more things.”

Any time she makes an on-air fumble: “I’ve never walked away from anything thinking it’s perfect,” Andrews said.

“You have to bounce back, and you can’t let it affect your performance for the rest of the game,” she explained. “I’ve got to shake things off a lot more, and I’m still working on that.”

Andrews started hustling at a young age, focusing on her work, which sometimes forced her to sacrifice other elements of life, like marriage and attending friends’ weddings. “You miss out on a lot,” she said. “My mindset was [that] I always want to do what I can do so when I get older, I’m OK walking away. The crazy thing is, I’m not walking away.”

Study, no matter what, Andrews advised. “You have to be prepared. Especially if you’re going to be a woman in this industry. People are always going to question what you know and why you know it,” she said.