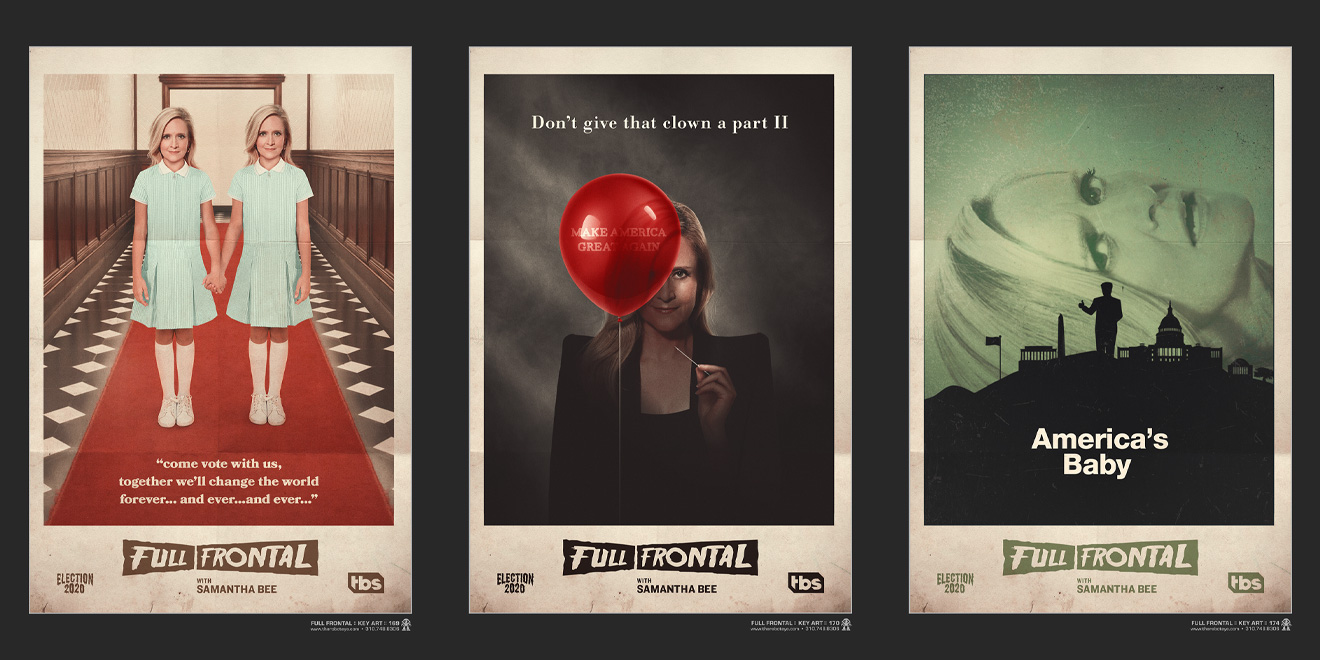 Samantha Bee is spoofing classic horror films like The Shining, It and Rosemary's Baby in the new Full Frontal campaign. TBS

Samantha Bee wants you to vote—or face the bloody consequences.

In a new campaign highlighting Full Frontal With Samantha Bee’s upcoming election coverage, the late-night show host spoofs classic scenes from horror films like Scream, A Nightmare on Elm Street and The Silence of the Lambs to scare her correspondents into participating in the November election.

In one reenactment, Bee, dressed as Buffalo Bill from The Silence of the Lambs, drops a rope to correspondent Allana Harkin as she begs to be released from her prison.

“The only way we’re going to stop this living nightmare is if you vote like your life depends on it,” Bee says.

The campaign, which is also accompanied by a series of ads parodying the iconic movie posters of films like The Shining, It and Rosemary’s Baby, is intended to highlight Full Frontal’s coverage leading up to the November presidential election.

The TBS host has been recording her show remotely from her upstate New York residence while keeping her finger on the pulse of current events, with segments on the Democratic and Republican National Conventions and the dire straits of the U.S. Postal Service.

“What I really do miss is the amount of footage we would get,” Bee said about missing the conventions this year due to Covid-19. “I do miss talking to people on the streets. Those man-on-the-street moments, catching people at the convention—I miss that so deeply. I love that content. That is so exciting. It’s always been so good for our show. It’s good for our audience. Our audience loves it. So I really, really, deeply miss that.”

Bee is not the only late-night host to debut a campaign highlighting election coverage going into the fall. In full-page ads that ran in The New York Times, The Washington Post and The Los Angeles Times last month, Comedy Central’s The Daily Show With Trevor Noah set up a fake legal hotline for any “soon-to-be ex-presidents” seeking legal advice.