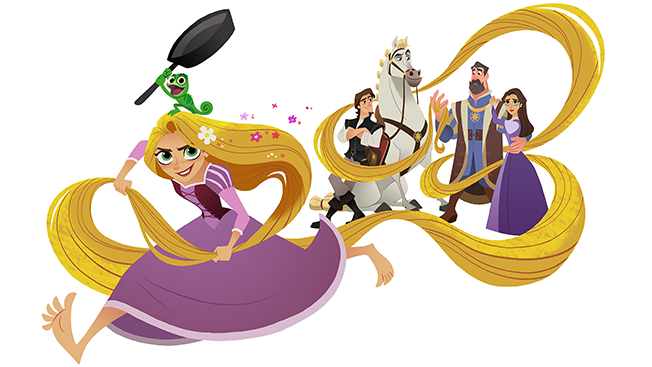 Everything old is new again for the Disney Channel, which is reviving many of its most beloved brands for new series and movies it hopes will appeal to kids as well as their parents.

Disney Media—which includes Disney Channel, Disney Junior and Disney XD—shared its new slate of programming at its upfront presentations at Disneyland last week and Disney World this week. It's the second year in a row the company has opted for smaller meetings, including individual presentations nationwide, instead of a big upfront events in New York.

While its upfront presentations in New York "made a lot of noise," the company decided that "it makes sense to talk to a smaller group who are really the core customers and the core partners that we have as we move forward," said Rita Ferro, evp, Disney media sales and marketing, adding that last year's smaller presentations "worked extraordinarily well for us."

The Disney kids' channels—which have recently enjoyed success with Boy Meets World update Girl Meets World, Lion King series The Lion Guard and last summer's hit movie Descendants, which featured the offspring of famous Disney heroes and villains—have packed their upcoming slates with shows based on the company's most famous brands and characters.

This summer, Disney will release Adventures in Babysitting, a movie with Elisabeth Shue based on the 1987 comedy. Next year will see the debut of Tangled: Before Ever After, an animated series set between the events of the 2010 feature movie, Tangled, and the 2012 short film, Tangled After Ever. Mandy Moore and Zachary Levi will reprise their voice roles from the film and be joined by Ashley Judd, Jeffrey Tambor and Sean Hayes. Also in 2017, Disney XD will air Big Hero 6, an animated series that picks up right where the 2014 movie left off: following the adventures of 14-year-old tech whiz Hiro, robot Baymax and their pals who form a superhero team.

"We absolutely believe that heritage stories can be reimagined and reborn into different extensions of that, and that's what you're seeing with all of these things," Ferro said. "And we're going to continue to do more, because they really resonate with families. They are great stories, great characters that transcend generations."

Its part of the "magic of story" theme that Disney is emphasizing at its upfront meetings: Quality brands and content matter more than ever. "It's the importance of having strong brands and characters in a world of so much media choices," Ferro said. "You really have to have something that a lot of people engage with emotionally to make sure it works."

In addition to rolling out its new slate, Disney is explaining to partners how its four main audience segments—kids, tweens, mothers of preschoolers and millennials—are engaging with content and what Disney and advertisers can do to serve them best.

When it comes to preschoolers, "we're making sure we're engaging with mom as well as the 2- to 5-year-olds, because mom at the end of the day is leading that programming decision," said Ferro, explaining that Disney works with clients to connect with her on her mobile device (her "first screen" while kids content is on) and through social media.

Meanwhile, 70 percent of kids' media consumption is via traditional, linear television, but they are also spending more time playing games and watching video online. Seventy percent of kids watch video on mobile devices at least once a week. Starting this month, Disney will make new episodes of its original series available on its Watch apps and VOD the same day they premiere on linear, rather than a day later.

Tweens are spending more time on social. And the fourth category, millennials, is one that  "people don't necessarily think about Disney for," Ferro said. "But you have an entire generation of kids who grew up with the Disney brand, and if you go on YouTube and on social media, there's a ton of Disney art and fashion and tattoos. It's a whole culture and generation that was really very much brand loyal to this brand, and they want to express it in new ways."

Disney is also prepping a new microcontent app, launching later this year, which will contain content that is less than two minutes long from Disney Channel, Disney XD, original Disney Interactive Media social content, Star Wars and Marvel. The free, ad-supported app will be available for iOS and Android devices. "Kids like to swipe, but they like to swipe for things that are silly, funny, odd, crazy, and so the content is actually categorized by those feelings more than actually by the brands that they're from," said Ferro.