The media company hopes to have it available within a year 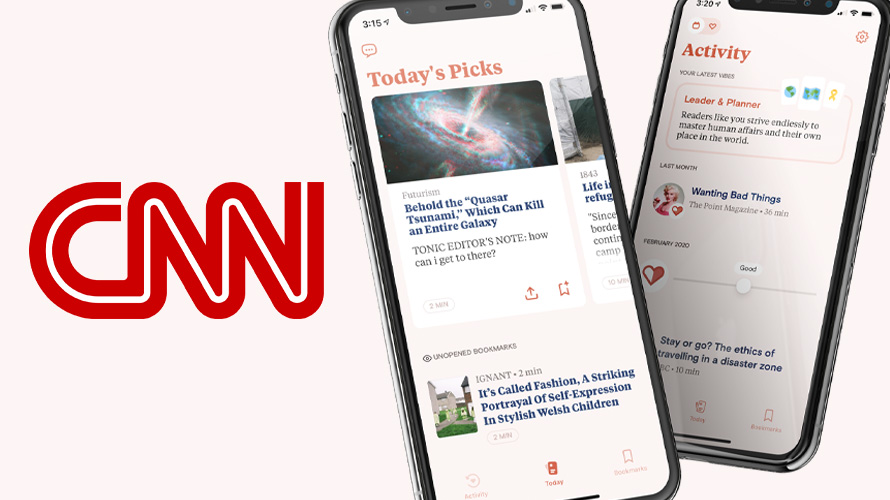 CNN announced today that it has acquired Canopy, a company specializing in private personalization architecture with a goal to “build a better internet.”

The platform is being developed under the project name NewsCo and will serve as a way for CNN to compete with news aggregation platforms like Apple News and Facebook’s news tab, which is still in the rollout phase. CNN expects to have the new platform available within a year.

“This acquisition enables us to light up in a single transaction a proven, best-in-class team whose deep knowledge and skill sets would’ve taken many months or even years to assemble,” said CNN evp and chief digital officer Andrew Morse in a letter to employees today. “Canopy’s culture of fast-cycle, iterative software and product development will enable us to more rapidly realize our ambitions and deliver against our goals.”

Canopy was founded in 2018 and released its first app, Tonic, last year. The aggregation tool provides personalized news based only on users’ stated preferences and what they read within the app.

The company’s 15-person team works from offices in Brooklyn and Boston, with the goal of protecting consumer privacy on the internet and ensuring users get the content they want without having to pay with their personal data. While all members of the Canopy team will now be employees of CNN, they’ll continue to work out of Canopy’s current offices. The addition of Canopy staff will more than double the number of people working on the project for CNN.

“There has never been a more crucial time to help people discover trusted sources around topics and issues that matter most to them,” said Canopy founder and CEO Brian Whitman in a statement. “We’re incredibly excited to join the team at CNN to build some amazing products for their millions of global users.”