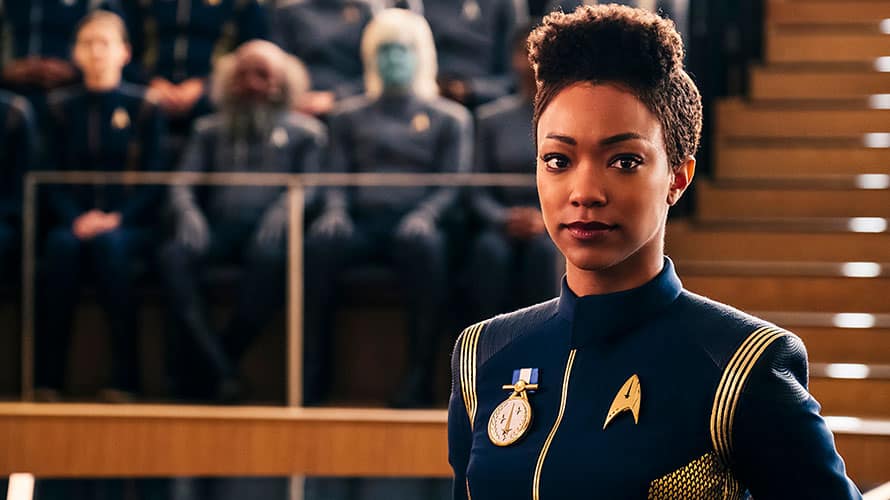 CBS hopes that Star Trek: Discovery will be just one of several Star Trek series on the air in a few years.
Jan Thijs/CBS
Share
By Jason Lynch
|
June 19, 2018
Share

When Star Trek: Discovery debuted last fall on CBS All Access, it was the first new Star Trek TV series in 12 years. Now CBS Television Studios is making sure there will be a much shorter wait for the next one.

The studio has signed a new five-year deal with Star Trek: Discovery co-creator Alex Kurtzman and his Secret Hideout production company. As part of that agreement, Kurtzman will expand the Star Trek TV universe by developing new series, miniseries and other TV content, including animation.

Kurtzman is also serving as showrunner of Star Trek: Discovery’s second season, which is currently filming, after stepping in for Aaron Harberts and Gretchen Berg, who were recently fired from the show mid-production.

CBS Corp. chairman and CEO Leslie Moonves has made no secret of the fact that he needed Star Trek: Discovery to be a major driver of subscribers to CBS All Access, and help meet his goal of 8 million combined subscribers by 2020 for that streaming service and Showtime’s direct-to-consumer offering.

During CBS’ most recent earnings call last month, Moonves said they are two-thirds of the way to that goal, which would be roughly 5.2 or 5.3 million combined subscribers for the two services.

Given that, expect that CBS All Access will be the most likely home for whichever new Star Trek shows Kurtzman comes up with.

“The fans have become the center of the universe, and we rotate around the fans,” AMC president Charlie Collier told Adweek earlier this year. “It’s only natural then to say, if we have this show about which so many people are passionate, how do we manage it in a live-365 universe? And the answer is, we treat it as part of something larger. So [January’s] announcement formalized that thinking.”