CBS Has the Strongest Crop of New Fall Shows, But Only One Is Truly Super 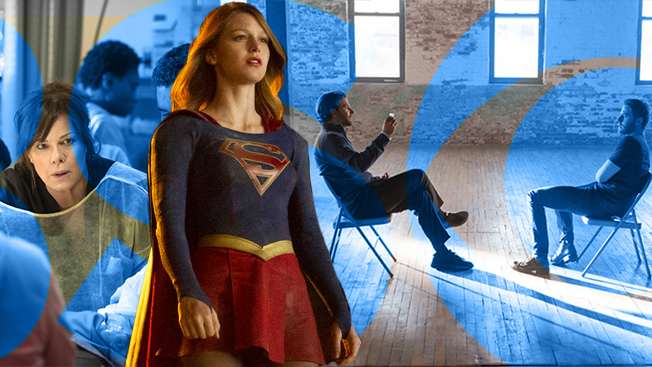 Adweek’s week-long look at each broadcast network’s new fall shows continues today with CBS, which came in No. 2 in adults ages 18-49 last season, while, as usual, winning in total viewers. But the network is gunning for the top spot this year, and with Super Bowl 50 airing in February, TV’s most-watched comedy in The Big Bang Theory, and several returning freshman hits from last season (including Scorpion, NCIS: New Orleans, and Madam Secretary), chances are very good the network will succeed.

What will likely help put them over the top is the network’s solid crop of fall shows, which is the strongest overall group of any network. More than any other broadcaster, CBS knows its audience well and routinely gravitates to new programs that are on brand for the network: procedurals, multi-camera sitcoms and the occasional spinoff. This season, however, the network has tiptoed a wee bit outside its comfort zone—both new fall comedies are single-camera, for starters—while continuing to stay safely on-brand.

But the network’s biggest swing this fall is also its best new show: CBS flies onto the superhero bandwagon with Supergirl, which arrives in late October and will kick off the network’s first sitcom-free Monday night lineup since 1949. (CBS notes that both Supergirl and another show coming later this fall, Angel From Hell, are still works in progress, and those pilots could still change before they air. But for this story, we’ll be using the version of the pilot that was provided to critics and buyers.)

As I mentioned Monday when discussing NBC’s new series, while a pilot isn’t always the best way to judge a show’s ultimate potential, it’s often the only episode that audiences watch before making their decision whether to stick around or cut bait, especially given all the other new and returning shows also fighting for attention. With that in mind, here are CBS’s fall shows, ranked from least promising to most promising.

The plot: A dermatologist (Maggie Lawson) is accosted by an outrageous, Jane Lynch-like woman (played, suitably enough, by Lynch herself) who claims to be her guardian angel—but could just as easily be a crazy stalker.

The verdict: The one thing the show has going for it is Lynch, who is (almost) always fun to watch. But the rest of Angel From Hell is instantly forgettable, especially the is-she-or-isn’t-she-an-angel premise, which will struggle to sustain interest longer than an episode or two. Then what? This one could use some divine intervention of its own to shore up a shaky premise.

Is it good for your brand? Better to focus your buy earlier in CBS’ Thursday night comedy lineup, where the massive Big Bang audience peters out as the night goes on. Then again, on CBS, even the less successful shows often score numbers that most other networks would be thrilled with.

The plot: ER, but set at Los Angeles' Angels Memorial Hospital (what is it with CBS and angels this fall?), which is notorious for going into “code black”—when there aren’t enough resources to treat the influx of patients—300 times a year. The pilot begins on the first day for the hospital’s new residents, who toil under the tutelage of the risk-taking residency director (Marcia Gay Harden).

The verdict: CBS, which desperately wanted a medical drama this season, is positioning this as “ER 2.0” and TV’s next great medical drama. Wrong on both counts. While ER from the jump felt like no hospital series you had ever seen, there’s nothing in Code Black that ER, Grey’s Anatomy or any other recent medical drama hasn’t already tackled. Among the pilot’s familiar dialogue: “We’re going to kill him to save him,” “You’re the doctor they want; I’m the doctor they need” and “That’s why we’re here … never forget that.” While the show's technical elements and performances (particularly Harden’s) are compelling, there’s nothing new here. The episode's big “code black” moment is also a letdown; the doctors simply continue to go about their jobs as best they can.

Is it good for your brand? As long as your brand doesn’t factor into that week’s medical ailments (car accidents, etc.), it shouldn't be a problem. But if you’re enticed only because you want to get on the ground floor of the next ER, you’ll have to keep waiting.

The plot: Based on the 2011 film starring Bradley Cooper (who executive produces and appears in a cameo), this focuses on a failed musician (Jake McDorman) who stumbles upon the neuro-enhancing drug NZT and teams up with an FBI agent (Jennifer Carpenter) to solve crimes using his new mental abilities.

The verdict: Better than I would have guessed. The pilot restates the movie’s premise while going off in its own direction, and McDorman is a likable lead. While CBS keeps stressing that Cooper will be recurring, don’t expect him to show up more than a couple of times each season (particularly during sweeps), which means this will be a procedural above anything else. It’s certainly on the right network for that, but if you’re craving more than standard CBS fare, you might want to wait for whichever episodes Cooper is scheduled for, which will tackle the mystery of why a senator with presidential aspirations is secretly taking such an interest in McDorman.

Is it good for your brand? Yes, unless you’re a pharmaceutical company. Regular advertisers on CBS dramas will feel right at home here.

The plot: Think of this one as Moderner Family, as it juggles four interconnected family stories each week instead of three. There’s the patriarch and matriarch (James Brolin and Dianne Wiest) and their three kids: one’s a new dad (Colin Hanks), one is preparing to send her son off to college (Betsy Brandt) and the other one still lives at home but is starting a new relationship (Thomas Sadoski).

The verdict: Like Modern Family, the show seems to have all the right elements for success: the actors all have comic flare, getting laughs separately and as a group.  The biggest concern is how the show will be able to tell four separate stories in just 22 minutes of screen time each week. Life in Pieces also has the benefit of TV’s best, most protected time slot: following The Big Bang Theory. (When Thursday Night Football wraps up, it will follow Big Bang to Thursdays.) That guarantees any show a sizable audience, but Life in Pieces has the distinction of being far funnier than any recent post-Big Bang show (The Millers, The Odd Couple). As long as CBS audiences' heads don’t explode from watching—gasp!—a non-multi-camera sitcom, this should be the safest bet of any fall show.

Is it good for your brand? Yes, for all the reasons mentioned above. You’ll get one of the largest, if not the very largest, audiences for a new fall series. If Modern Family is a good fit for your media plan, so is this; at least until it loses its cushy Big Bang lead-in.

The plot: CBS soars into the superhero genre with the story of Kara Zor-El (Melissa Benoist), Superman’s cousin, who also traveled to Earth, but has chosen to keep her superpowers a secret. Instead, she works as an assistant to a media mogul (Calista Flockhart), until she finally embraces her true identity with the help of an IT pal (Jeremy Jordan) and James “Don’t Call Him Jimmy” Olsen (Mehcad Brooks).

The verdict: My favorite broadcast pilot of the fall. While TV schedules are overcrowded with superhero series, this one still manages to feel fresh (credit executive producer Greg Berlanti, who also oversees The Flash and Arrow). Judging by the pilot, the show will balance baddies of the week with more serialized arcs, a combination that has worked well on Berlanti’s other series. And Benoist delivers a breakout performance that grounds both characters (Kara Danvers and Supergirl), even when one of them is soaring thousands of feet in the air. The biggest concern is whether CBS audiences will buy in, but the pilot does a marvelous job of appealing to both CBS and superhero fans; a juggling act that will be essential for the network to pull off going forward. Meanwhile, time slot competitor (and fellow DC Comics property) Gotham should be worried, as Supergirl delivers many of the thrills that have been missing from that Fox show.

Is it good for your brand? Very much so. This should end up being the highest-rated superhero series on TV while also appealing to women, so there will be opportunities for several brand categories to thrive here (unless you’re a kryptonite manufacturer). Up, up and away!