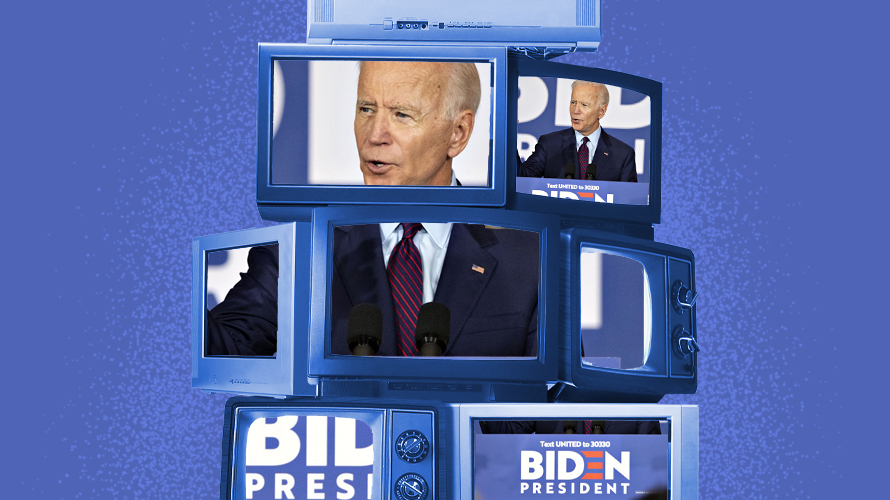 Former Vice President Joe Biden’s presidential campaign is spending more than a quarter-billion dollars on advertising in the ramp-up to the November election.

The campaign for the presumptive Democratic nominee has laid out $280 million in paid media reservations, including a campaign-record $60 million in digital media, which centers around connected TV.

The campaign’s decision to invest in CTV comes as the Covid-19 pandemic has pushed more audiences to streaming and away from linear and as the lack of live sports has led more consumers to cut their cable subscriptions entirely.

In general, Patrick Bonsignore, director of paid media for the Biden campaign, told Adweek the CTV category is a “must-have.”

“First, the ad experience: connected TV ads are the most ‘premium ad experience available—a non-skippable video that plays with sound on a large and often connected TV screen,” Bonsignore said. “Second, it gets us in front of a group of voters we won’t be able to reach through traditional set-top box television.”

Biden’s strategy comes about a week after news that President Donald Trump’s reelection campaign was temporarily halting ad buys while it readjusted messaging. Trump’s campaign did not immediately return a request for comment.

The Biden campaign already turned to over-the-top advertising during the primaries, spending a total of $6 million for TV and digital ads in early-voting states including Iowa and New Hampshire.

The campaign’s nine-figure digital ad spend ahead of the general election “spans programs that seek to persuade, educate, and mobilize voters across a wide swath of geographic and demographic groups,” Biden campaign manager Jen O’Malley Dillon said in a memo.

Biden ads will also run around sports content, including in highlight clips of major professional and collegiate sports leagues and streaming platforms such as MLB.tv.

Most of the campaign’s overall upcoming ad spend is still in linear TV, at $220 million. In previous cycles, digital has been conventionally used for fundraising, while linear TV has been used to encourage voting, said Brian Wieser, global president of business intelligence at GroupM.

Now, given the rise of streaming and the abundance of digital platforms, political advertisers are looking to mediums such as CTV to reach wider audiences.

“It’s much harder now than just buying a bunch of local TV ads in the traditional way, because of fragmentation and … the need to engage with people who are otherwise bombarded with messages,” said Wieser.

GroupM projects political ad spend to reach $15 billion during 2020, compared to $8 billion in 2018, with slightly more than half going to local TV, mostly in swing states.

Bonsignore said the majority of the ads will start running on Sept. 1. He said all of the campaign’s general election ads have been produced in-house.

“We’ve hired an extremely talented, diverse and culturally competent team of creatives and strategists—entirely focused on building a cutting-edge program,” said Bonsignore. “We think of it almost as standing up our own in-house agency, capable of running sophisticated persuasion and mobilization programs across the country.”

The campaign is also securing digital inventory around major moments leading up to the election, including the Democratic and Republican National Conventions. So while the former vice president won’t be in Milwaukee, Wisc., for the DNC on Aug. 20 due to concerns over the novel coronavirus pandemic, the campaign will be running high-reach ads, including on YouTube’s Masthead as well as homepage takeovers, to still have a large presence on the day.

Biden’s camp will be targeting specific communities with its ad strategy. Biden ads will run on TV, radio, digital and print across media outlets that predominantly reach Black households, such as BET, OWN, Blavity and Complex.

The ad reservations will also key in on regions and media that reach Latino, AAPI (Asian Americans and Pacific Islanders), senior and youth voters.