Amazon Studios Is Focused on World Domination, Not Just Its Competitors

Execs say they are making programming with international appeal

By Kelsey Sutton
|
4 days ago 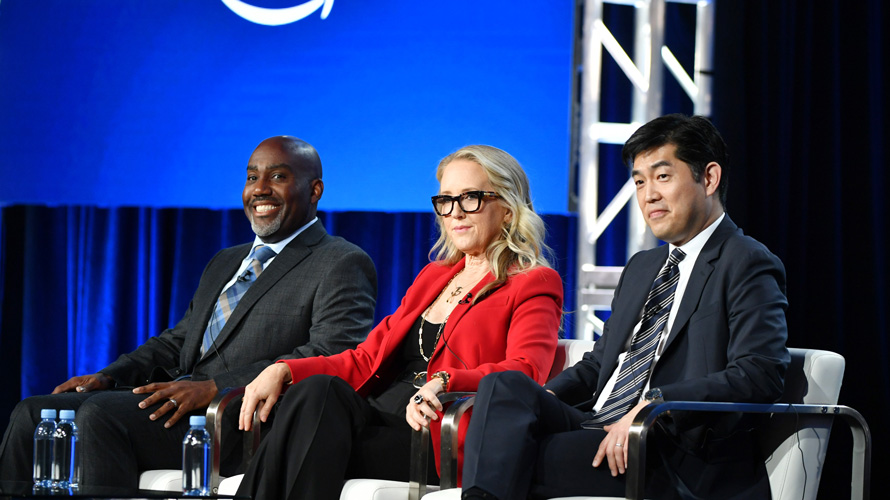 On Thursday, NBCUniversal will unveil new details of its upcoming streaming service, Peacock, the latest entrant into the increasingly crowded business of streaming television. But if Amazon Studios execs are to be believed, they’re not fazed by all of their new competition.

“All of these launches are great because it brings more attention to streaming as a whole,” Albert Cheng, COO and co-head of television of Amazon Studios, said at the Television Critics Association’s winter press tour in Pasadena, Calif. “But for us, we’re so focused on our customers that all these other players are really in a different world. We’re in a very different business model. … We don’t have to play in the volume game. We don’t have to be a substitute for any other type of service.”

It’s become somewhat of a cliche to say that streaming companies aren’t sweating about their competition, but many services, like Amazon, are centered on business objectives that differ from pure-play streaming companies. But Amazon and its competitors face many of the same challenges, including keeping viewers engaged and finding hit shows that cut through the noise.

“It’s a hit-driven business, and it’s about breaking through globally,” Amazon Studios head Jennifer Salke said. “We think a curated approach gives us the best shot of overdelivering on that.”

While Amazon doesn’t have a set number of shows it’s focused on creating, the company is pursuing new programming it thinks will break through, especially globally. That includes the upcoming spy series Citadel, which will co-star Richard Madden and Priyanka Chopra and will feature stand-alone localized episodes shot in locations like Italy, India and Mexico, Salke said.

Additionally, Making the Cut, a reality competition show debuting March 27 and hosted by Heidi Klum and Tim Gunn—the new show is a spiritual successor to their long-running Bravo series Project Runway—will feature competitors from around the world, and certain winning designs will become available for sale globally on Amazon. Sales of clothing on the site will not affect how Amazon Studios evaluates the success of the show, Cheng said.

Salke said the success of Parasite, the award-winning Korean blockbuster from director Bong Joon-ho that just received six Oscar nominations, including Best Picture, is proof that there’s interest in watching good programming, no matter what language it’s in.

“It’s no longer a barrier to read a translation,” Salke said. “We’re seeing increased appetite, especially among younger Prime members, that they really have no language barrier.”

Amazon has quite a few new prestige shows in the works, including a new season of the conspiracy thriller Homecoming, Nazi-hunting drama Hunters (starring Al Pacino) and horror anthology series Them.

The company also has two major fantasy projects in the works, including a Lord of the Rings series, which will feature a young, diverse cast, and an upcoming adaptation of the fantasy series The Wheel of Time, details of which are still under wraps.

Not everything will appeal to a global audience, Salke admitted, but other shows, including Emmy-winning series Fleabag, have unexpectedly found international appeal.

“There have been many surprises where you could go into a show thinking there was a limit to the audience, but because the themes of the show are universal, it breaks through,” said Vernon Sanders, who along with Cheng co-heads Amazon Studios’ television division. “It’s a big audience and a big opportunity, and we’re lucky to have the freedom to do as many things as we have in the pipeline.”