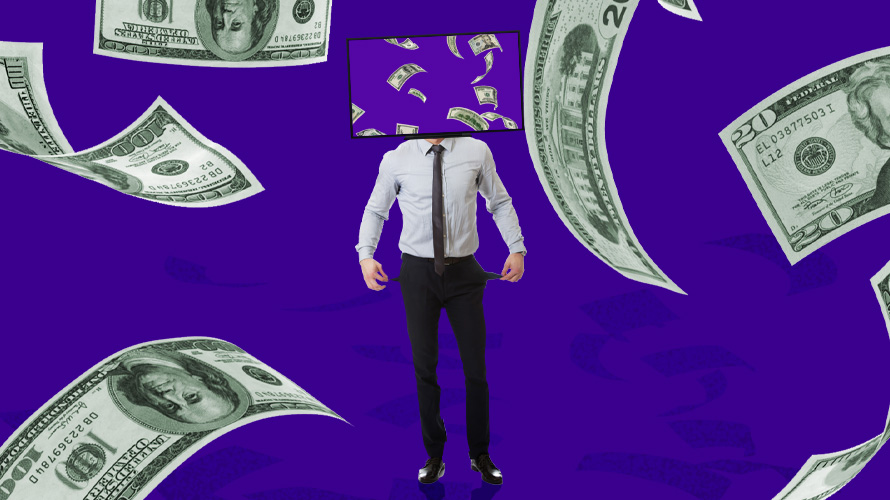 Only 21% of buyers have somewhat of a clear outlook on their 2021 ad budgets, according to the IAB. - Credit by Photo Illustration: Trent Joaquin; Source: Getty Images

Seven months into the novel coronavirus pandemic in the U.S., ad buyers are still entering the market with uncertainty. Spending on traditional offline media is expected to be slashed by almost a third, although this could be offset by the continued rise in digital media investment by advertisers.

Only 9% of ad buyers have clearly defined budgets for 2021, while 30% either have an unclear or nonexistent idea on how much money they’ll be spending next year, according to a recent survey from the IAB.

The buyers with at least a ballpark estimate of next year’s spend expect to increase their budgets by about 5.3%.

Total ad spend in traditional media—such as linear TV, print and out-of-home—is expected to drop by 30% compared to last year. Meanwhile, spend in digital media, like connected TV and display ads, is expected to climb by 6% year-over-year.

Overall, U.S. ad spend is expected to fall by 8% in 2020 compared to last year, according to the IAB survey.

Programmatic advertising, which fuels roughly 85% of the display market, is already around pre-pandemic levels, according to MediaRadar.

A vast majority of buyers are still concerned about running ads on social platforms following the Stop Hate for Profit boycott of Facebook, yet most buyers are taking little action to address these worries.

While 90% of buyers surveyed said they’re at least slightly concerned with their ads appearing next to user generated content on social platforms, 63% plan on pausing campaigns on social platforms only through August. This means advertisers would be back online for back-to-school shopping and holiday seasons, both big spending periods.

Sue Hogan, svp of research at the IAB, said the survey showed the “brand stand is temporary.”

The survey, conducted between Aug. 3-13, polled 242 individuals at buy-side and sell-side entities. The buy-side portion covered 135 individuals, with agency executives accounting for 61% of participants. Brands represented a quarter of the study’s buy-side participants, while marketing communications professionals and PR agencies rounded out the group.

Join Adweek and Taboola for In With the New: Driving Discovery in 2021, a live virtual event on Oct. 8, to hear from content leaders and brand marketers on what they've learned in 2020 and how it's informing 2021 plans. Register now.
Andrew Blustein is a programmatic reporter at Adweek.