55% of advertisers in the space plan to increase their investment 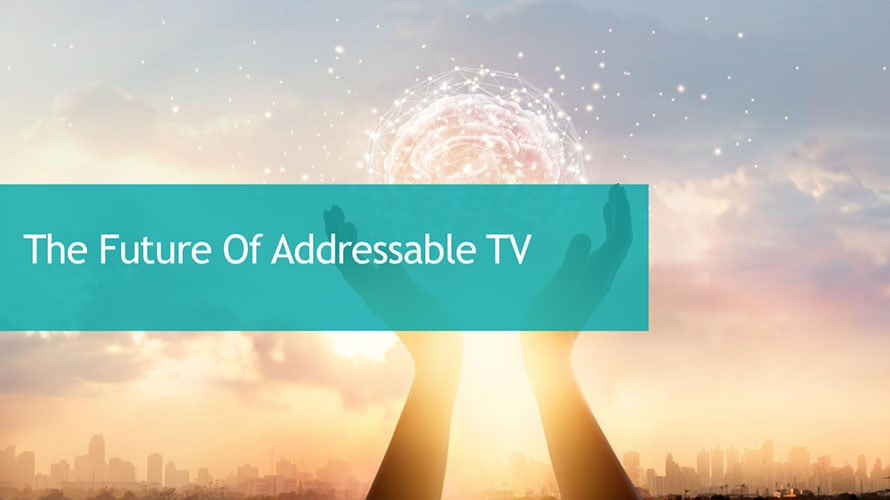 Addressable TV advertising is rapidly gaining momentum, with spending expected to surpass $3 billion by next year.

Spending on addressable TV advertising should reach $3.3 billion by next year, according to a new report from the Video Advertising Bureau. That’s a 343 percent increase from 2016, which saw $760 million in addressable TV ad spending. This year, that spend will grow to a projected $2.5 billion, up from $2.1 billion last year, which is on a similar level to ad-supported over-the-top advertising during the same time period.

Additionally, 55 percent of advertisers currently using addressable TV are planning to increase their investment, according to Address For Success, VAB’s new report for marketers.

In its report, the term “addressable TV” refers to the platforms and technologies available through cable and satellite distributors only, and the VAB defines it as the use of technologies to enable advertisers to selectively deliver ads to individual households through cable, satellite and internet protocol TV delivery systems and set-top boxes.

Addressable TV’s U.S. footprint has grown 30 percent between 2016 and 2018, from 49.8 million homes to 64.0 million homes. That’s more than Netflix, Amazon Prime Video or HBO, according to the study.

And the corresponding overall U.S. addressable TV audience has increased 27 percent in that same timeframe, from 127.7 million to 162.2 million.

Those numbers should continue to grow as the industry continues to embrace addressable advertising.

Two weeks ago, TV’s biggest media companies teamed up to create an addressable advertising standard for smart and connected TVs, as part of the Project OAR (Open Addressable Ready) consortium.

“The real-world case studies in this guide illustrate how addressable can deliver not only bottom of the funnel results, but also higher-order metrics, such as brand awareness, ad recall and purchase intent,” said VAB president and CEO Sean Cunningham in a statement. “Through full-funnel activation, marketers can segment and target the right consumer, checking each stage of the purchase process.”

The full Address For Success report can be found here.