Network president calls her statement 'abhorrent, repugnant and inconsistent with our values' 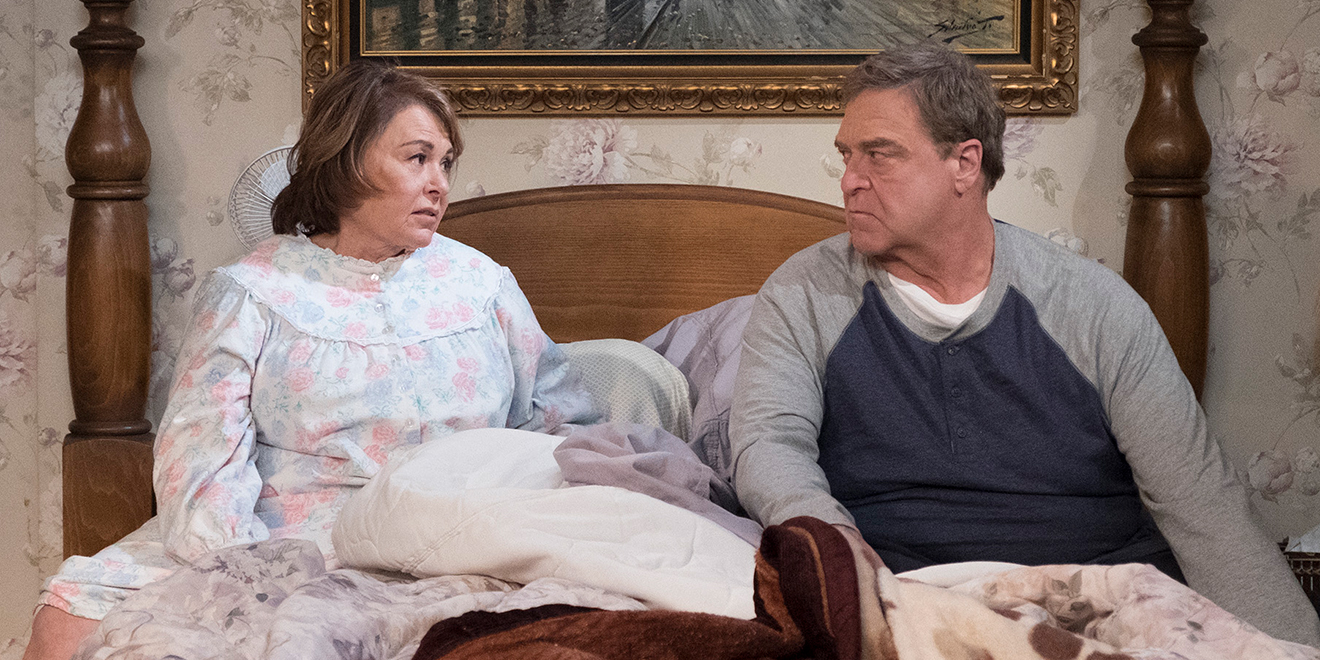 Two weeks ago today, the sitcom Roseanne and its star Roseanne Barr was the toast of ABC’s upfront presentation, with network execs joking onstage about Barr’s controversial Twitter feed. But in a stunning turn of events, the network has canceled the show following Barr’s racist tweet this morning about President Obama’s White House adviser Valerie Jarrett.

In a statement, ABC Entertainment president Channing Dungey said, “Roseanne’s Twitter statement is abhorrent, repugnant and inconsistent with our values, and we have decided to cancel her show.”

Disney CEO Robert Iger tweeted his support of Dungey’s decision, adding, “There was only one thing to do here, and that was the right thing.”

From Channing Dungey, President of ABC Entertainment: "Roseanne's Twitter statement is abhorrent, repugnant and inconsistent with our values, and we have decided to cancel her show."
There was only one thing to do here, and that was the right thing.

The decision to cut ties with the network’s No. 1 show, and TV’s most-watched comedy in the 18-49 demo, came after Barr attacked Jarrett on Twitter, comparing her to the movie Planet of the Apes and the Islamist organization Muslim Brotherhood.

In the since-deleted tweet, she said of Jarrett, “muslim brotherhood & planet of the apes had a baby=vj.”

She quickly came under criticism for the racist tweet (Jarrett is African-American and was born in Iran to American parents). Barr at first defended the tweet, responding that it wasn’t racist because “Muslims r NOT a race,” before deleting it, apologizing to Jarrett and claiming she was leaving Twitter.

In last week’s Adweek cover story about the show, ad buyers mentioned that Barr’s sometimes-controversial statements in public appearances and on social media were perhaps the only thing that could derail the show’s continued success.

Prior to ABC’s announcement, Wanda Sykes, who was a consulting producer on the show, said she would not be returning for Season 2, while co-star and fellow executive producer Sara Gilbert called Barr’s comments “abhorrent” and said she was “disappointed” in her TV mom.

Roseanne’s recent comments about Valerie Jarrett, and so much more, are abhorrent and do not reflect the beliefs of our cast and crew or anyone associated with our show. I am disappointed in her actions to say the least.

This is incredibly sad and difficult for all of us, as we’ve created a show that we believe in, are proud of, and that audiences love— one that is separate and apart from the opinions and words of one cast member.

UPDATE: Barr’s talent agency, ICM Partners, has dropped her as a client, calling her tweet “disgraceful and unacceptable,” adding, “what she wrote is antithetical to our core values, both as individuals and as an agency.”

The decision will undoubtedly hobble ABC’s upfront haul, as buyers had previously told Adweek they expected to make Roseanne a major component of their media buys. However, those plans changed after Barr’s tweet. Buyers told Adweek this morning that it would now be difficult for their clients to buy space on the show, given the fact that upfront negotiations were well under way and the show had become a lightning rod thanks to its star.

Barr’s children had banned her from Twitter during the months leading up to Roseanne’s return on ABC this spring (“her kids, and her TV kids, try to keep her off of social media,” Gilbert had told Adweek), but since the show debuted in March, Barr had returned with a vengeance. She erroneously accused a Parkland shooting survivor of performing a Nazi salute, promoted a right-wing conspiracy theory about child sex trafficking and started a Twitter feud with Stormy Daniels (some of her more incendiary tweets were later deleted).

“I can’t back off from what’s really going on in the world, because I’m very fascinated by it and I have to stick my nose in everyone’s business,” Barr explained to Adweek, adding that she had decided to turn over a new leaf on social media: “I’m going to just try to talk about what I’m for, rather than what I’m against.” 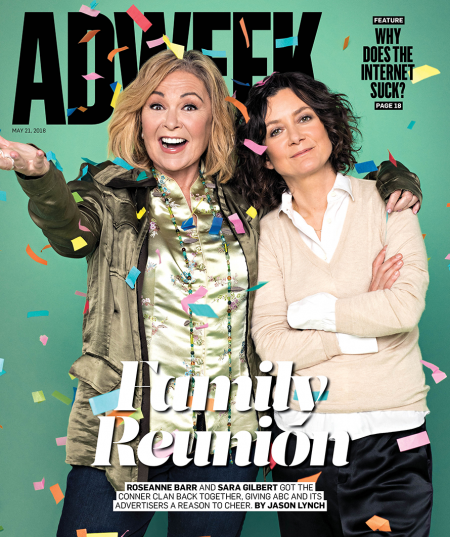 Dungey told Adweek in the cover story that she had hoped Barr would stick to that kinder, gentler social media plan: “Roseanne has said herself that she does not want what she says publicly to overshadow the show in any way, and I do hope that she will continue to be thoughtful about what she shares on social moving forward.”