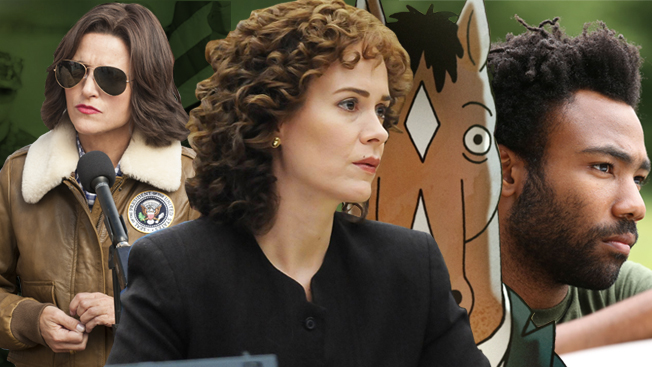 In the world of peak TV—as many as 450 scripted series aired this year, in addition to around 750 unscripted shows—it’s more daunting than ever to winnow all those programs down to just 10 shows to represent the year’s very finest.

Yet for some reason, it was easier than usual to come up with my top 10 picks for 2016. With more sensational TV options than ever before, it has truly become survival of the fittest: a handful of shows separate themselves from a distinguished pack by resonating with you for months, long after you’ve moved on to dozens, or hundreds, of other programs.

That’s what this list represents: the shows that burrowed themselves into my brain this year and changed me—and television—forever. It includes not one but two different 10-hour programs focusing on O.J. Simpson, a surprise series that no one saw coming, and a pair of shows in the middle of their runs that have each hit new creative heights.

If you’re looking to binge a few shows over the holiday break, this list is the perfect place to start. 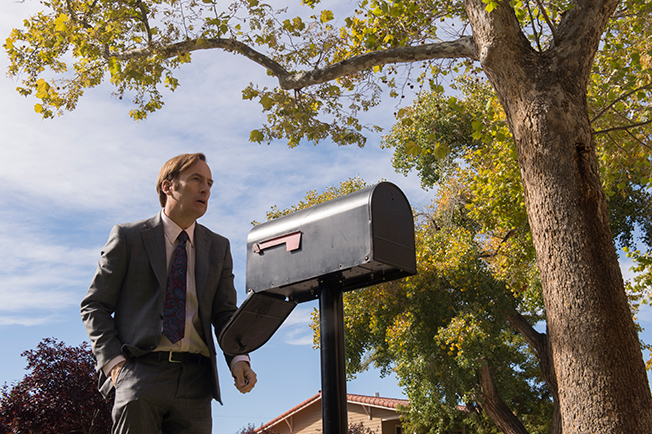 After almost cracking my top 10 last year, this Breaking Bad prequel surged into the lineup with an assured second season that proved last year’s debut was no fluke. Instead of tarnishing the legacy of Breaking Bad, Better Call Saul is only enhancing it, thanks to the surprisingly nuanced work of Bob Odenkirk, whose character shifted into the lead role with an ease that has eluded most spinoffs based on a supporting figure. Saul isn’t on par with Breaking Bad—yet—but the fact that it’s even in the same ballpark as its predecessor is a remarkable achievement. 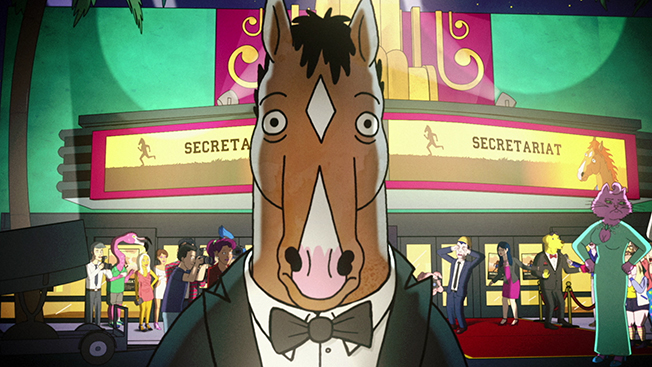 BoJack seemed to be almost an afterthought when Netflix debuted it two years ago, but instead the show has leapfrogged over higher-profile offerings like Orange is the New Black and House of Cards to become the streaming service’s best show. Every season, I keep worrying that this animated series won’t be able to keep up its astounding tightrope walk between showbiz satire and psychological drama, and I couldn’t be happier to be proven wrong. Season 3 was its best yet, as BoJack hits rock bottom after the release of his film, Secretariat. The fourth episode, the mostly-silent “Fish Out of Water,” is the most extraordinary episode of television you’ll see all year. 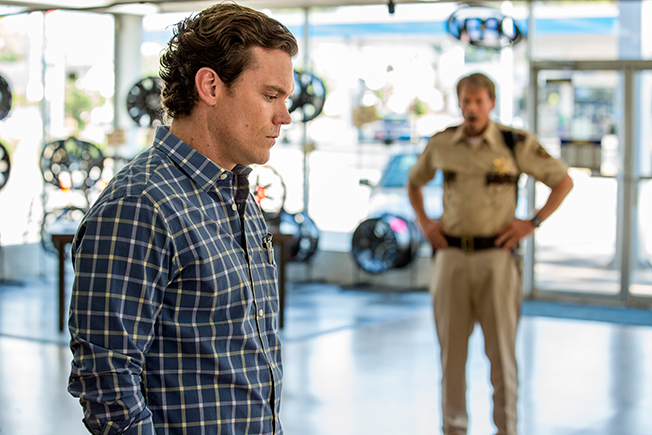 Given its microscopic ratings, you probably don’t watch this contemplative gem about a man (Aden Young) released from Death Row after two decades after DNA evidence has overturned his murder conviction. That’s a shame, as this unparalleled series is saving its best for last as it wraps its four-season run this week. (The first three seasons are on Netflix.) In one of the final episodes, one character says to another, “I’d like to spend some time with you before it all changes.” That’s exactly what this fourth season has been to viewers, a chance to enjoy some cherished final moments with this stunning, quiet series as it builds to Wednesday’s beautiful finale. The fact that we got even one season of Rectify was a gift from the TV gods; four seasons, each more stirring than the next, is more than we deserve. 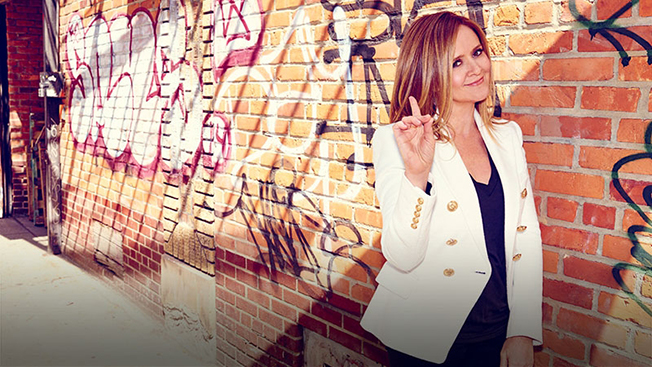 While several late-night hosts came into their own during this insane election season—especially Seth Meyers and the Late Show version of Stephen Colbert—none of them could keep pace with Samantha Bee, who arrived with guns blazing in her February debut and never let up. In the process, she infused late-night TV with an essential voice and an urgency that had been missing since Jon Stewart exited the Daily Show last year. And her insightful reporting—traveling to Jordan, Germany and Russia for segments—put several serious news organizations to shame. As much of late-night viewing has shifted to next-day viral videos, every minute of Full Frontal is appointment viewing. 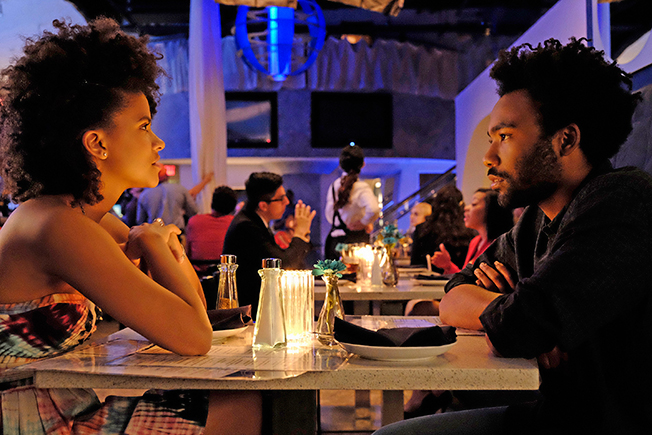 “I don’t want to ever get caught up in making people happy,” the show's creator and star Donald Glover told me in October. “I’d much rather get caught up in making culture, and making something that lives on forever.” With Atlanta, Glover accomplished all of the above: making an incredibly personal project that also connected powefully with his viewers. (Don’t be fooled; the show is about much more than two cousins trying to succeed in Atlanta’s hip-hop world.) He did so with a confidence rare in a first-time creator and showrunner, unafraid to shift gears and devote an entire episode to satirize a BET-like talk show, or to employ a running Season 1 gag about an invisible car with a hilarious payoff. 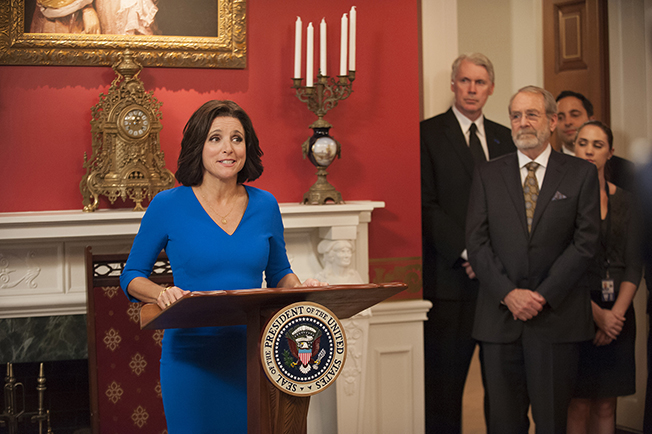 Some shows are so intertwined with the DNA of their creators that they seem to be lost without them: think of the post-Aaron Sorkin West Wing or that final Gilmore Girls season without Amy Sherman-Palladino. That makes Veep’s triumphant fifth season even more impressive, given that it was its first without creator Armando Iannucci, a man who turned profanity into poetry like no one else—yet somehow the show got even better (and more hilariously profane) in his absence. This season, which saw Selina Meyer (Julia Louis-Dreyfus, comedy's MVP) struggle in vain to hold onto her short-lived presidency, was one for the comedic ages. And as political truth has become even stranger than fiction this year, I have no doubt that Louis-Dreyfus and company will raise the bar yet again for Season 6. 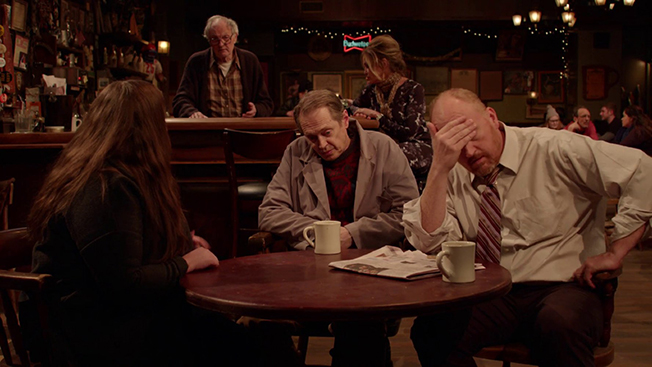 Louis C.K. pulled a Beyoncé on us in January, unexpectedly dropping the complete premiere of Horace and Pete on his website with literally no advance word of its existence. As if that weren’t enough of a surprise, the series turned out to be even more inventive each week than Louie, his on-hiatus FX sitcom. Unbound by any of the conventions of “regular” TV, C.K. spun a moving tale of two brothers running a century-old family bar in Brooklyn, with staggering performances by Alan Alda, Laurie Metcalf and Edie Falco. It was an extraordinary achievement, especially because we never saw it coming. (Hulu began streaming the show last week.) For those who are waiting for someone to reinvent the multicam format; C.K. just did. 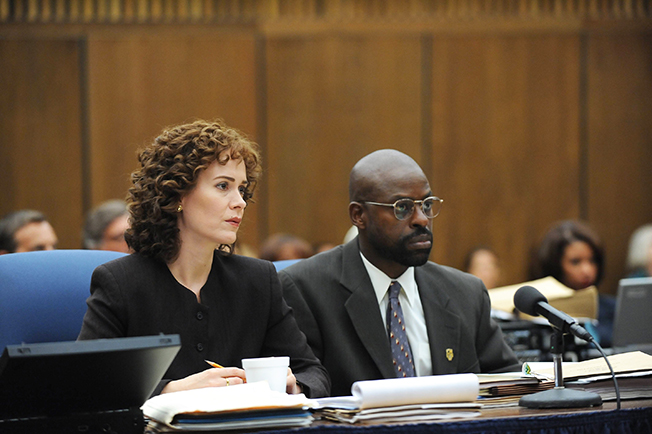 When I sat down to watch this miniseries' first episode a year ago, I turned to my seatmate and said, “This will either be a masterpiece or a complete disaster.” Thankfully, it was the former; a revelatory look at a murder trial that we thought we knew every moment of. Instead, Ryan Murphy and writers Scott Alexander and Larry Karaszewski reinvigorated the material, with help from the year’s best cast. The ensemble was led by Sarah Paulson, whose emotionally wounded Marcia Clark immediately enters the pantheon of classic TV performances, followed closely by Sterling K. Brown’s deer-in-headlights Chris Darden and Courtney B. Vance’s force-of-nature Johnnie Cochran. And with American Crime Story now joining Fargo and American Horror Story, FX is dominating the anthology genre. 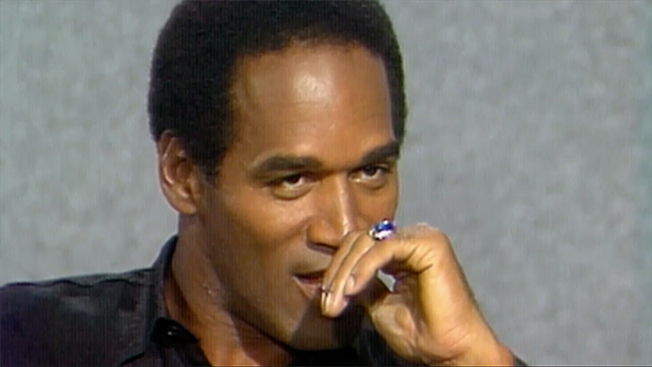 The only thing more surprising on TV this year than FX airing an spectacular miniseries about O.J. Simpson? The fact that ESPN followed up with a documentary on the same person that was somehow even better. Ezra Edelman’s tragic 10-hour documentary looked at Simpson’s entire life, setting his NFL and Hollywood successes and subsequent murder trial against the turbulent backdrop of L.A. and race in the 1950s and '60s. (Even his Hertz ads take on stunning new significance.) While both Simpson programs complement one another magnificently, Edelman’s take is the most essential work ever produced about the onetime football phenom. 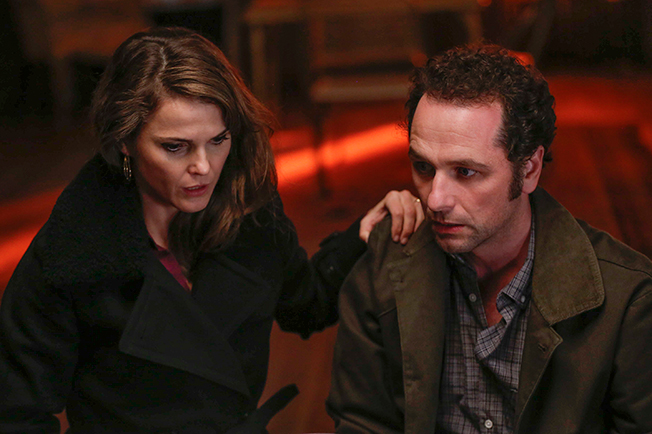 Most shows are lucky to pull off just one brilliant season of TV before receding in quality, but this drama about Russian spies living undercover as a suburban D.C. family has resided near the top of my annual list since it debuted in 2013. Every season, it somehow manages to surpass the one before it, and this year was no exception. Now that its endgame has been set—there are just two seasons left—The Americans is starting to knock over many of the dominos it has carefully been constructing over the last five seasons, which meant pulling the trigger (sometimes quite literally) on the fates of several characters and storylines. With The Americans becoming painfully more relevant in light of current events, there’s even more of a reason to stop overlooking the best show on TV. (Previous seasons are available on Amazon Prime.) As I say each season, I can’t imagine how The Americans will top itself next year—and I can’t wait to see how they do just that.

These 10 shows just missed the cut, but this incredible lineup would represent quite a formidable top 10 list of its own. If you aren’t watching these shows regularly, correct that immediately: American Crime (AMC), Better Things (FX), Black-ish (ABC), Catastrophe (Amazon), The Crown (Netflix), Last Week Tonight with John Oliver (HBO), Unbreakable Kimmy Schmidt (Netflix), This Is Us (NBC), Transparent (Amazon) and You're the Worst (FXX).