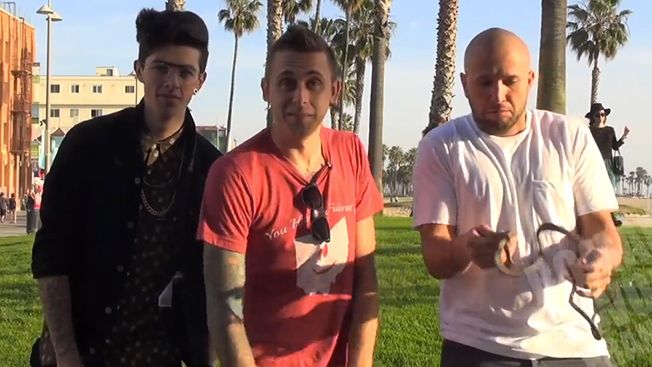 With the exploding popularity of selfies (see: Ellen Degeneres at the Oscars), it's little wonder Teens React to Super Selfie was a top viral video last week.

For PewDiePie, the new bros just keep on coming.

This year, Ylvis was a hero to most. The Norwegian duo's bizarre hit, The Fox (What Does the Fox Say?) was the biggest YouTube video of the year, at 273 million views and counting. Incredibly, Ylvis topped Harlem Shake, which was the Web video meme everyone was talking about for much of 2013.

Miley Cyrus' Wrecking Ball video came out on Sept. 9, spawning a slew of inspired pranks, spoofs and parodies of the tear-filled, skin-bearing clip.

As a brand that has long had event sponsorship at the heart of its marketing formula, Pepsi sought a more scientific way to study the correlation between TV viewing and second-screen usage during live programming.

The Fine Bros. waded into the gay marriage debate—with a group of children.

Eminem and Taylor Swift were big winners at last night's YouTube Music Awards. Curiously, so were One Direction and PewDiePie—even though neither act was part of the show.

Jimmy Fallon and the Roots join Cyrus for an a capella version of 'We Cant Stop.'

Just when you thought you were getting a break from Miley Cyrus on VideoWatch—probably not likely anytime soon—she's back on the blog with an a cappella version of her song "We Can't Stop," performed on Tuesday with Late Night's Jimmy Fallon and The Roots.