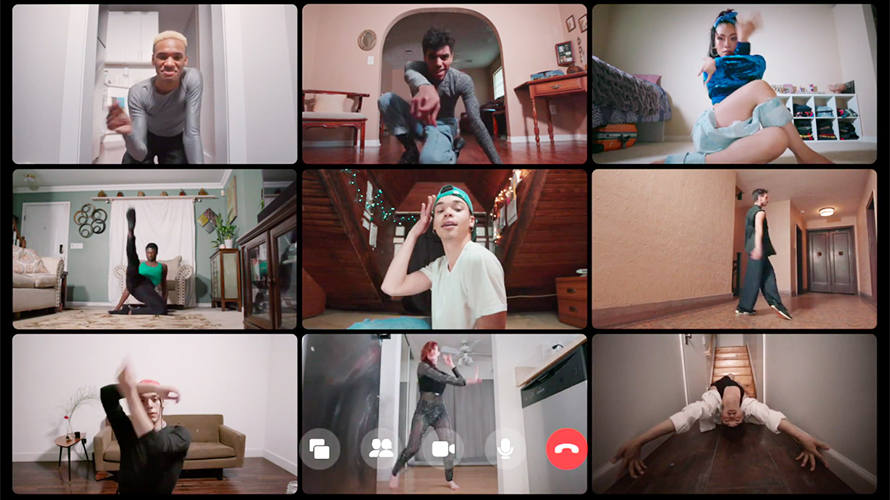 Up to 50 people can join video calls via Facebook's Messenger Rooms. Facebook

Facebook called upon some serious star power for a new ad announcing the launch of its Messenger Rooms, a group chat that promises a blend of sharable ease and privacy options. The 30-second spot, “Pictures” from agency Leo Burnett and Facebook’s Creative X studio, was co-directed by brothers Michel and Olivier Gondry and is set to a cover of The Beatles’ “All Together Now” by Lizzo. (Also, this is probably the best use of The Beatles in an ad since this Volkswagen recreation of the band’s Abbey Road album cover.)

5 Takeaways About Retail During a Pandemic From Adweek Elevate: Commerce

During the virtual event Adweek Elevate: Commerce, our editors spoke with leaders in the marketing, advertising, media and technology sectors to bring into focus the salient topics and emerging trends shaking the commercial sphere today. Here are a few key insights from the event:

Read more: Several speakers emphasized that successful businesses moved at the speed of the pandemic.

Ad Industry Couple Raises Over $20,000 to Provide Necessities for the Recently Incarcerated

The pandemic has made the transition from inmate back into the real world particularly difficult, with jobs, clothing and hygiene products hard to come by. So Ashish Prashar of Publicis Sapient and freelance strategist Mary Rinaldi called on the ad industry to support “Be a Good Neighbor,” a campaign focused on providing these basic necessities. Six weeks into fundraising, the campaign had already surpassed their $5,000 goal, and now it has surpassed $20,000.

Do you work with a fearless chief marketer who bursts with ideas, breaks with convention and delivers measurable results? Nominate them for Adweek’s Brand Genius Awards.

Unlike Fox and The CW, which created largely pandemic-proof fall lineups packed with acquired series and other already-filmed shows, CBS’s tried-and-true slate fall slate includes renewing 23 current shows for next season and two new series—meaning it’s almost entirely dependent on production being able to resume this summer. The network’s presentation remained optimistic, though, and noted it’s preparing to turn around episodes more quickly than usual to account for delays.

As Electric Bikes Boom in Popularity, Specialized’s Ad Fuels the Trend With a Jab at Trump

A new ad from Goodby Silverstein & Partners touting Specialized’s Turbo ebike line is equal parts hopeful and mischievous. In typical GSP style, there is an unignorable whimsy and gravity at the same time, with striking visuals, anchored with immersive sound focusing on the environmental message—along with a well-placed jab at Donald Trump.

Industry Leaders Offer Predictions for the Future of Work

“Some folks are realizing they are doing the best work of their career working remotely, and we’ll need to find ways to foster that that without sacrificing team culture or availability. Trying to spend time and effort to return to the way we worked even two months ago will be like swimming against the current. Flexibility and adaptability will win the day.”

“I think travel will be greatly reduced, especially in the short term. We’ve proven we don’t need it to be productive and creative.”

“I think these last two months have truly showed how many meetings or conference calls could have just been emails in the first place. It’s easier for almost everyone involved, but the downfall is that it is much hard to form strong bonds with clients without that face-to-face interaction.”