The shoes are inspired by birds

As Earth Day approaches, more direct-to-consumer brands are debuting product releases that highlight the importance of climate change, sustainability and other topics related to the environment.

Everlane recently worked with The New York Times to roll out a collection of T-shirts and sweatshirts to zero in on these issues, and Allbirds has teamed up with the National Audubon Society to showcase five birds whose existence is threatened by climate change.

Five different styles are dropping starting today, each with color hues representing a threatened bird species like the Painted Redstart or the Scarlet Tanager. Each shoe retails for $95, the standard price of an Allbirds sneaker, with all proceeds donated to the National Audubon Society.

“Birds don’t belong just to our grandparents,” said David Yarnold, president and CEO of the National Audubon Society. “We’re finding that birds are terrifically appealing to a much younger audience and we’re thrilled to partner with Allbirds to reach them.”

Yarnold said the two companies first met about a year ago and that it was “pretty clear” that both brands shared a common mission. Six months ago, the idea of the limited release came to fruition and the National Audubon Society selected five birds out of 314 from its climate change report. An Allbirds brand spokesperson added that it worked with the National Audubon Society to restore 2 million square feet of bird habitat last year.

“These birds are important scientifically … [and] important to Allbirds’ very sincere corporate commitment to being good citizens,” Yarnold said.

But, he also points out, birds are having a moment right now. Take the massive amount of attention on the Mandarin Duck, a bird that somehow ended up in New York’s Central Park in 2018. So, the partnership not only targets a key segment for the organization but is happening at a time when birds are all the rage.

“We’re thrilled to partner with a retailer that has the same target audience and demonstrates a real social consciousness,” Yarnold said.

In the past, Allbirds has regularly partnered with several types of brands, from Outdoor Voices to Shake Shack to Air New Zealand. It’s also far from the first time it’s done a limited release like this; Allbirds dropped a collection for its birthday in 2018 that it sold only through Instagram and for this year’s celebrations, released San Francisco-inspired shoes.

However, the partnership doesn’t only center around the limited edition shoe release. The New York Times ran a sponsored story from Allbirds that highlighted parts of The Audubon Society’s climate change report (as well as the specific birds that represent the five different styles). And while the partnership might raise some questions about a brand and organization coming together to discuss climate change while also promoting consumerism, Yarnold’s not too concerned.

“Look at how Allbrids manufactures,” Yarnold said. “They’re really responsible in terms of their choice of materials and their sustainability. And at the end of the day, the proceeds here go to an organization that comes to work every day to fight climate change and to help save the world and if you want to argue with that, feel free.” 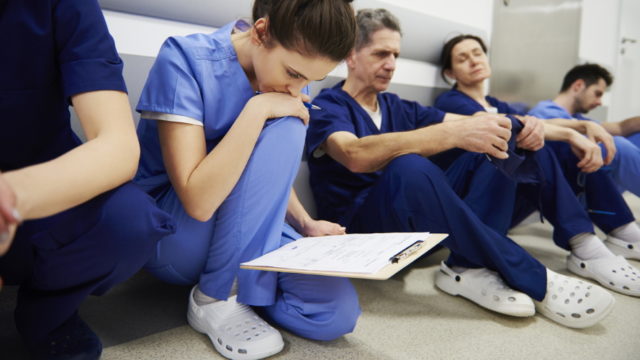