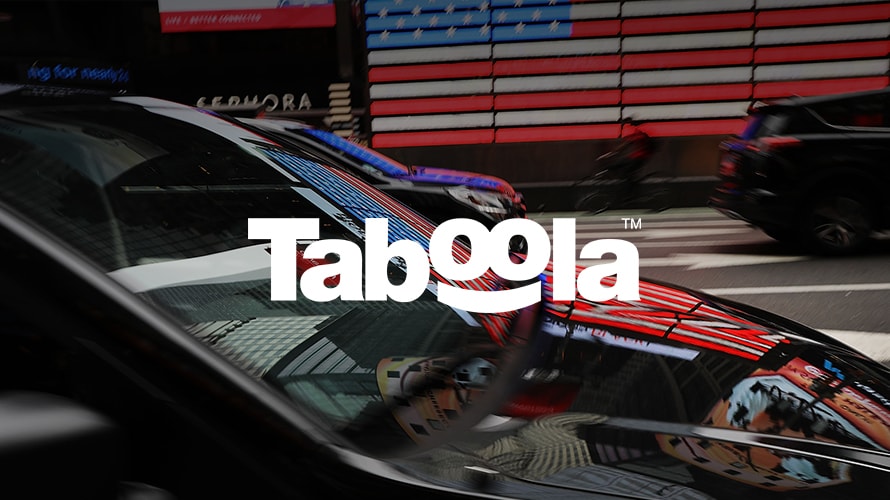 The U.S. Justice Department won't get in the way of a merger, but what about the rest of the world? Getty Images, Taboola

Following Wednesday’s news that the U.S. Department of Justice won’t get in the way of the merger of Taboola and Outbrain, the digital advertising platforms are now are gearing up for global scrutiny.

The DoJ’s decision, confirmed to Adweek by sources in the know, comes at an interesting crossroads and speaks to the priorities of U.S. regulatory authorities. The DoJ did not respond to Adweek’s request for comment.

On July 27, the CEOs of Amazon, Apple, Facebook and Google are set for a Congressional showdown with a scheduled appearance in front of the House Judiciary Committee’s antitrust subcommittee. All this comes amid widespread expectation the DoJ or separate AG offices will file antitrust suits against Google later this year.

A combined Taboola and Outbrain, which are content recommendation platforms that share revenue with thousands of publishers, could be in a more competitive position with the likes of Google and Facebook.

But the merger still needs the green light from the Israel Competition Authority, as both Taboola and Outbrain were founded there, as well as the U.K.’s  Competition and Markets Authority (CMA), which earlier this month launched “an in-depth investigation” after an initial probe. “This is not the first time that this kind of issue has come up, and it wont be the last,” said Lawrence White, professor of economics at NYU’s Stern School of Business, who previously served in the antitrust division of the DoJ.

“All it takes is one major antitrust authority to say, ‘We see a problem,’ and the merger is dead,” White added.

There is precedence for regulatory bodies making a proposed merger impossible, especially if a company can’t tweak its business model to pull out of the territories that object to the merger. White pointed to the proposed General Electric-Honeywell merger that was effectively killed in 2001 when, even after getting U.S. approval, it was denied by the EU.

In general, White said, the CMA has had a “reputation for being tougher” and “for seeing competition problems” where U.S. enforcement agencies haven’t.

A matter of perspective Adam Singolda, CEO, Taboola, says the combined company's revenue would be "about $2 billion" per year.
Whether the proposed merger would pose a significant downturn in overall market competition is in the eye of the beholder, according to Ratko Vidakovic, founder and principal at consultancy AdProfs. For instance, would the pairing count as the two biggest content recommendation companies?

Alternatively, does the proposed merger represent the coming together of two medium-to-big(ish) native advertising companies?

The DoJ ruling appears to reflect an attitude that any such proposed merger would represent the union of two small companies—even if they would have a combined annual income of $2 billion—when compared to the industry’s household names.

“It really depends on what narrative the DoJ accepted in terms of what market [Outbrain and Taboola] actually competed in,” Vidakovic explained to Adweek.

He added, “It’s tough to block such a merger if [regulators] view it as a broader display market, since the real powerhouse is Google.”

Regardless of such interpretations, sources questioned how the merged company would be structured, plus what sort of terms it would offer publishers when the plans were first revealed late last year.

“What will be interesting is, what happens to yield?” a publishing source previously told Adweek. “Will this be an improvement? Will the joined forces allow more yield to flow through to publishers? Or does this actually remove some competition in such a way that yield suffers? I don’t know.”

Prior to their proposed merger talks, Outbrain and Taboola competed fiercely for access to publisher inventory, with revenue guarantees over and above their rival’s pitch. That was often key to clinching a deal.

One source, who requested anonymity due to the potential ongoing commercial relationships, noted how the economic impact of the Covid-19 pandemic may inadvertently play into the narrative of the pair, as revenue guarantees fast become a thing of the past.

The source pointed to a June 29 blog post penned by Taboola founder and CEO Adam Singolda, who hinted at dropping earlier revenue guarantees. “We’ve had to ask our publisher partners to work with us through these challenging times by temporarily switching from a revenue guarantee to shared revenue,” he wrote.

This would suggest Taboola has already dropped its earlier revenue guarantees to some publishers, a weapon the former rivals would use when competing for publisher contracts.

Such measures have not been uncommon during the pandemic, with trade bodies such as the ANA instructing members on contract modifications.

Similarly, Teads, a company with a business model that revolves around helping publishers bolster revenue, was invoking “force majeure” clauses in its contracts to inform partners that its earlier income guarantees may not materialize in the wake of the global pandemic.