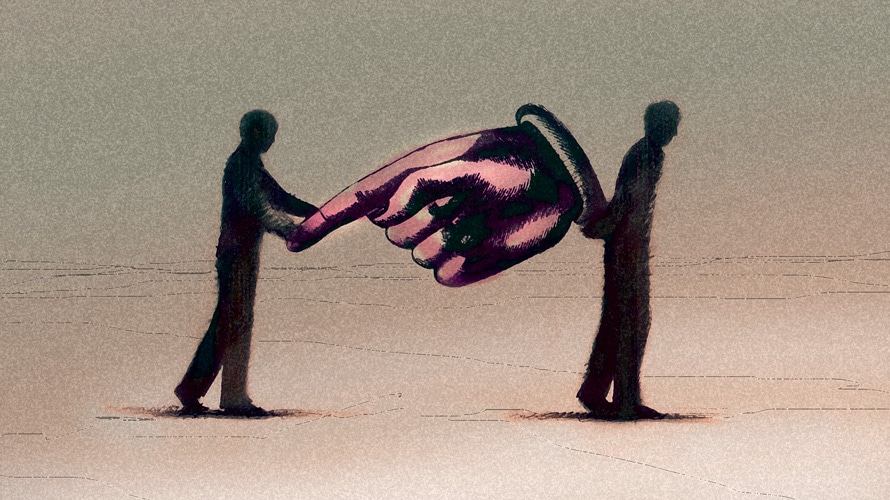 Buyers and sellers must rise above the fray by demanding that intermediaries meet their terms. Getty Images With an estimated one-third of the U.S. programmatic display ad spend going to the so-called ad tax, the need for transparency is obvious. But a feud over two new IAB tools—sellers.json and OpenRTB SupplyChain object—underscores why transparency will never be possible as long as the industry perpetuates the intermediary blame game.

While the dispute is nominally about technical specifications, the real issue is whether a particular market player—in this case, Google’s exchange bidding—should be considered an intermediary. According to the IAB, Sellers.json identifies a player as either direct or as an intermediary in a transaction, while SupplyChain Object identifies hops, in which a player, such as exchange bidding, is a financial participant that takes a cut or where it simply passes through the impression.

So can’t we just apply the correct label and move forward?

The issue is that intermediary carries a tremendous stigma within the context of the transparency conversation. In fact, as an industry, ad-tech vendors have spent more than a decade bashing each other with terms like “intermediary” and “middlemen” to point fingers over how the advertising spend leaks out of the supply chain on the way to the publisher.

The problem with this finger-pointing is that it gives publishers and advertisers the impression that all intermediaries are shady rent seekers who lurk in the shadows of an opaque ad-tech pipeline. To be clear, that’s not true. Buyers and sellers depend on intermediaries to transact, deliver and attribute media.

But our focus on labels like intermediary means we end up asking the wrong question. From a definition standpoint, an intermediary is any entity involved in the transaction that isn’t the ultimate buyer or seller. The vast majority of market participants—from technology vendors, data providers, buy-side and sell-side platforms and agencies—are intermediaries. The question we need to ask is whether those intermediaries add value to the transaction.

Ending the blame game isn’t a technological challenge. We have the tools; what we need is leadership.

Right now, that’s impossible to answer. Even if we analyze past transactions, there’s no way to tell who added value because there’s no visibility into the third-party agreements that bind the ad-tech pipeline together. Consequently, seemingly innocuous conversations about the intermediary label become fraught because that label is seen as the jumping off point for an advertiser to investigate an alternative supply path. Of course, even an alternative supply path would run through an intermediary (even if we don’t apply that label), which tells you the blame game isn’t on the level.

But let’s take a step back and think about what we’re trying to achieve. As the general manager of the IAB Tech Lab explained, “Growth in the global digital advertising ecosystem requires trust … These technologies help enable a more transparent, more efficient advertising environment.”

Unfortunately, what passes for trust in ad tech has been an exercise in reactive thinking. The industry has built a series of audit tools that, theoretically, should shed light on an opaque marketplace but never quite delivers on that promise. But what if buyers and sellers had the ability to be proactive about trust?

By recording media contracts as smart contracts, buyers and sellers could frontload the rules regarding fees, technical specifications and even which entities they wish to transact with. By definition, any intermediary that meets those prerequisites adds value, and because blockchain is an immutable and visible ledger, attribution of that value is transparent.

Ending the blame game isn’t a technological challenge. We have the tools; what we need is leadership. Instead of sitting on the sidelines watching intermediaries point fingers, buyers and sellers must rise above the fray by demanding that intermediaries meet their terms.

@NYIAXInc Ben Feldman is svp strategy and innovation at NYIAX.