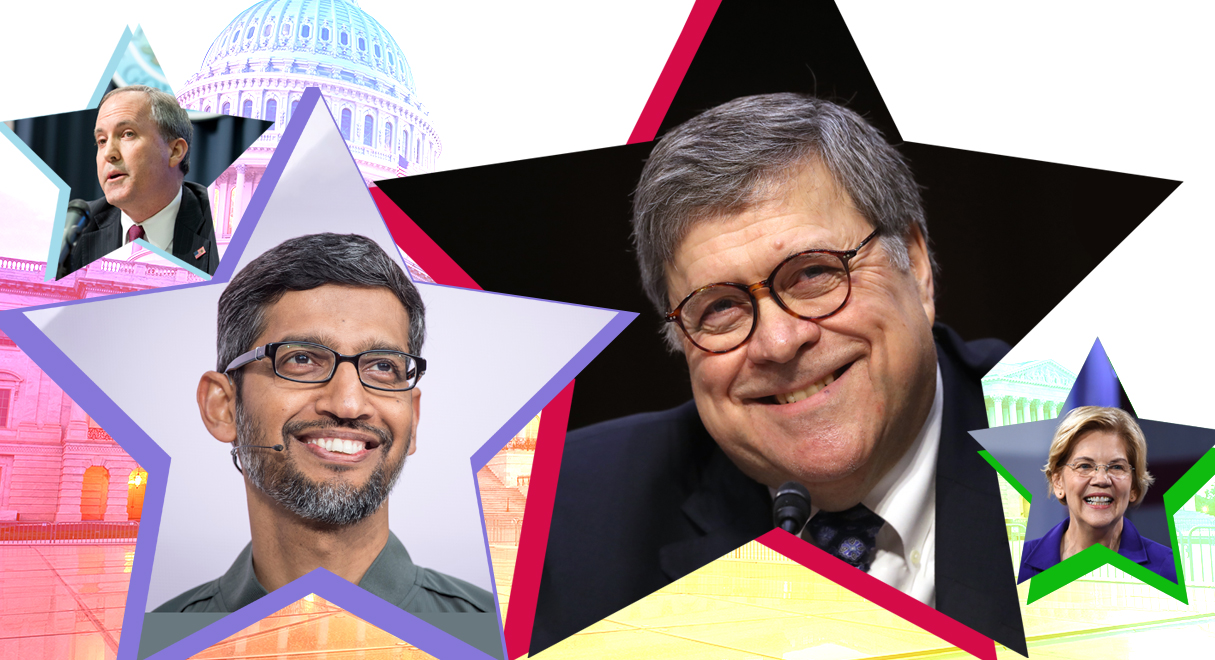 Google is playing a waiting game this summer. For months, the Menlo Park, Calif.-based tech giant has been anticipating dueling lawsuits—one from the U.S. Department of Justice, and one from a coalition of states led by Texas Attorney General Ken Paxton—over potential antitrust violations.

But the real probe into Google’s potentially unfair business practices is coming from outside the halls of Congress.

At the Justice Department, there are “dozens” of government lawyers working on two separate teams, according to The Wall Street Journal: One team is investigating Google’s market dominance in search (its signature consumer product), while another is looking at its command of the digital advertising industry, which is said to take up 29.4% of U.S. ad revenue in 2020, according to eMarketer. Attorney General William Barr said he expects to make a decision on whether to file suit by the “end of the summer.”

Meanwhile, the group of attorneys general from 50 states and territories, a coalition led by Paxton, is focused exclusively on Google’s ad business. Paxton said he hopes to have the investigation “wrapped up” by fall.

Ahead of any major litigation, these are the major players to watch:

In investigating the media industry, the DoJ’s antitrust division has been taking a look at high-profile mergers of large media-tech companies with an inconsistent record: Antitrust chief Makan Delrahim broadsided AT&T over its acquisition of Time Warner, which ultimately failed in court; greenlit T-Mobile’s merger with Sprint after significant divestitures; and signed off on Disney’s purchase of most of 21st Century Fox’s assets with limited sacrifices for the new megacompany (Disney had to sell off Fox’s regional sports networks.)

Along with Google, the division announced investigations into Facebook and Amazon, but a Google lawsuit is expected to drop first. In an interesting turn of events, however, Delrahim recused himself from the Google investigation in February because he previously lobbied the FTC for Google during its acquisition of DoubleClick.

Texas Attorney General Ken Paxton is leading the effort for the 50 states and territories (all but Alabama and California, plus D.C. and Puerto Rico) to investigate Google’s digital ad business. The Washington Post reports that Paxton leads an office of 800 lawyers and has played point with Google, sending the company a litany of questions on behalf of the group.

The probe’s executive committee includes state AGs from both parties: Republicans Mark Brnovich of Arizona, Doug Peterson of Nebraska, Jeff Landry of Louisiana and Lynn Fitch of Mississippi; along with Democrats Doug Stein of North Carolina, Tom Miller of Iowa and Phil Weiser of Colorado. Similarly, New York AG Letitia James is leading a group of 47 attorneys general in a separate antitrust investigation into Facebook.

While uninvolved in the goings on of the two antitrust probes, Congress is also exerting pressure from the outside. The House antitrust subcommittee, led by Chairman David Cicilline, D-R.I., and Ranking Member Jim Sensenbrenner, R-Wisc., hosted Bezos, Cook, Pichai and Zuckerbeg in July for a high-profile grilling. (The Judiciary Committee, which oversees the antitrust subcommittee, is led by chairman Jerrold Nadler, D-N.Y., and Ranking Member Jim Jordan, R-Ohio.)