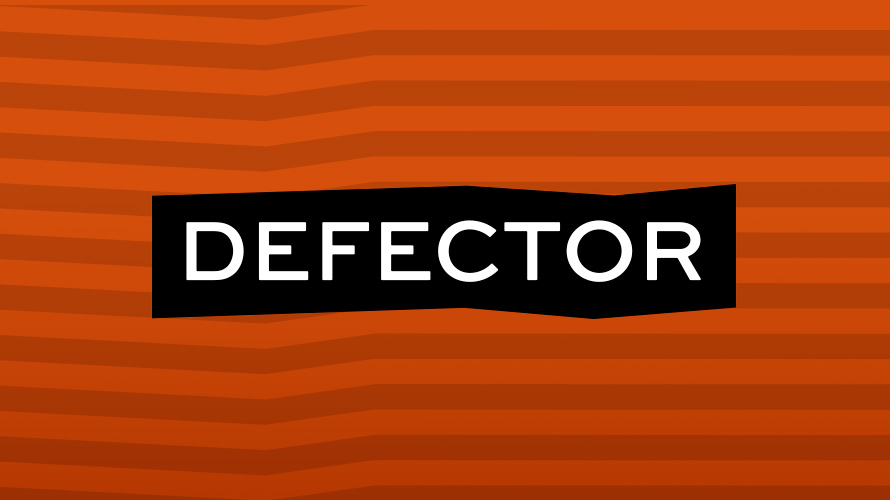 Defector Media had 10,000 paid sign-ups within 18 hours of its launch announcement.

Last November, Jasper Wang emailed a handful of former Deadspin writers who quit at the end of October 2019 after clashing with new management. As an avid reader of the sports and culture website, he was sorry to see its downfall. As “a business guy around New York,” he offered to take the writers out for a beer and talk about next steps.

Ten months and a few beers later, Wang is a co-founder of Defector Media, an online publication with an editorial team made up of 18 former Deadspin writers and editors. He’s also serving as vp of revenue and business operations at the digital media startup in a time of serious flux for the industry.

“Our goal is to write things that are so good that people want to pay for them,” said Wang.

Deadspin staffers quit en masse last year after parent company G/O Media, which acquired the website six months earlier, told writers and editors to “stick to sports” rather than writing political and cultural pieces it was also known for. Some staffers also opposed G/O Media’s advertising tactics, which they described to The Wall Street Journal at the time as “scammy.”

Now Defector Media will be in the hands of its founders, which is all 19 starting employees. Each founding employee has a roughly 5% stake in the company, and the writers hold their own intellectual property rights, according to The New York Times.

Starting a media organization that relies on fluctuating ad revenues and caters to changing reader interests has always been a risky bet. But this year, it’s even more precarious as the novel coronavirus pandemic squeezes ad spend, regulators clamp down on internet privacy and Google and Apple make it harder to serve targeted ads online.

Ad revenue for U.S. media owners is expected to drop to $213 billion in 2020, down $11 billion from last year, according to the latest forecast from Magna Global. And while the ad market is expected to recover next year, Magna projects “more subdued economic growth and advertising spend” than previously forecasted for between 2022 and 2024.

In the face of these challenges and without ties to any legacy media models, Defector Media is set to launch in September. Planning the new organization began last November, months before the pandemic spread in the U.S. Term sheets to officially create the business were ready in early March, but the pandemic stalled the legal formation until July.

Pandemic or not, though, Wang said, the company was always going to operate on a subscription-first revenue model since it’s more stable than ad revenue and avoids potential conflicts between writers and advertisers.

“As ad-supported models are in unstable economic conditions, it’s hard to count on those big checks. But people in your community still want the news, and we should feel optimistic about that,” Wang said.

Defector Media is entering a crowded field of publishers looking to drive subscriptions. Many digital media companies put up paywalls and created membership programs at the beginning of 2019, offering up everything from tote bags to opportunities to speak with editors as ways to get readers to pay for their journalism. The investment paid off in recent months, as many media outfits saw significant subscription upticks during the pandemic. That included legacy media companies, such as Gannett, The New York Times and The Wall Street Journal, which all posted sizable subscription growth in recent earnings reports even as ad revenue plummeted.

Join Adweek and Taboola for In With the New: Driving Discovery in 2021, a live virtual event on Oct. 8, to hear from content leaders and brand marketers on what they've learned in 2020 and how it's informing 2021 plans. Register now.
Andrew Blustein is a programmatic reporter at Adweek.