BuzzFeed’s CRO Explains Why Its Programmatic Strategy Is All About Collaboration, Not Competition

From native-first to a mixed approach 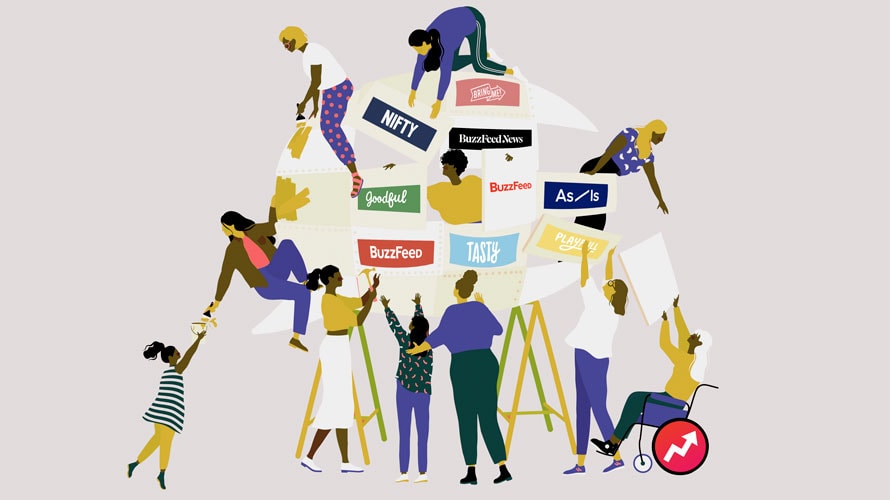 The company is developing a number of in-house solutions.
BuzzFeed, Getty Images
Share
By Shoshana Wodinsky
|
May 22, 2019
Share

In the four and a half years that BuzzFeed’s chief revenue officer, Lee Brown, has worked with the company, he’s seen the publisher transform from a one-stop shop for listicles and quizzes to a massive media behemoth.

“I saw what Jonah Peretti was thinking when I first joined on: a modern media company that was kind of a challenge and didn’t necessarily have a playbook or a defined right answer,” he said. “It gave me a really good opportunity to grow and develop the team here and turn it into something that’s diverse, global and always evolving.”

And the site has certainly evolved. Thanks to a financial boost from NBC in late 2016, the past few years have seen BuzzFeed massively scale up its content and its ad-tech roster, to boot; in 2017, the once-vocal programmatic naysayers in the company had finally come to embrace the ease of scale that comes with automated advertising.

Brown talked with Adweek about the company’s shift into programmatic and how BuzzFeed seeks to make their ad tech “collaborate, rather than compete” with their native business.

Adweek: What was the BuzzFeed advertising playbook before you ramped up your programmatic offerings?
Lee Brown:
We really had no display ads on our site until October of 2017. That forced us to do the hard stuff for the site’s first eight years; it forced us to get really, really good and become the industry leader in pioneering native advertising. It forced us to work on production models, to work with brands on how to tell stories. It forced us to figure out how to leverage data and how to leverage tech efficiently and effectively to bring great solutions to the marketplace without having to rely on—or cannibalize—our display business.

Why did you finally make the leap into programmatic? What did those first steps look like?
In 2017, the tech was better, the targeting was better, the formats were better than ever before—so Jonah [Peretti] and I sat down like, “Hey, we have the tech, the units and the engagement; it just makes sense to bring programmatic into our overall strategy.”

Now that we've diversified our advertising suite, we can work with a far broader range of clients.

I have to admit that our programmatic offerings have really enabled us to open up the number of partners that we’re working with. In the past, when we were purely native content, some partners were like, “We’re not into content yet,” or had a point of view on how it should be laid out. Now that we’ve diversified our advertising suite, we can work with a far broader range of clients—both on the programmatic side and on the native side—that want to tap into the significant audience that we have on our own site and across our other handles.

Since then, we launched The BuzzFeed Exchange last year, which took us from working with one partner to working with nine supply-side platforms. We’re also pioneering our own native units that are engineered to have better engagement and better performance overall. The one unit that I’m really excited about is called Spotlight. It’s this massive, expansive unit that’s sticky and capable of being tied to side rail banners so they come down the page with you. There’s a lot of great elements in there that are definitely industry-leading.

It sounds like BuzzFeed is sort of a go-to for brand safety. What kind of moves are you making in that space?
A big difference between us and a lot of other publishers and networks is that we never aggregate anyone else’s content. Every single piece of content that we distribute our ads alongside and that’s published on our site is made in-house. All of our site’s community posts are also moderated before going up.