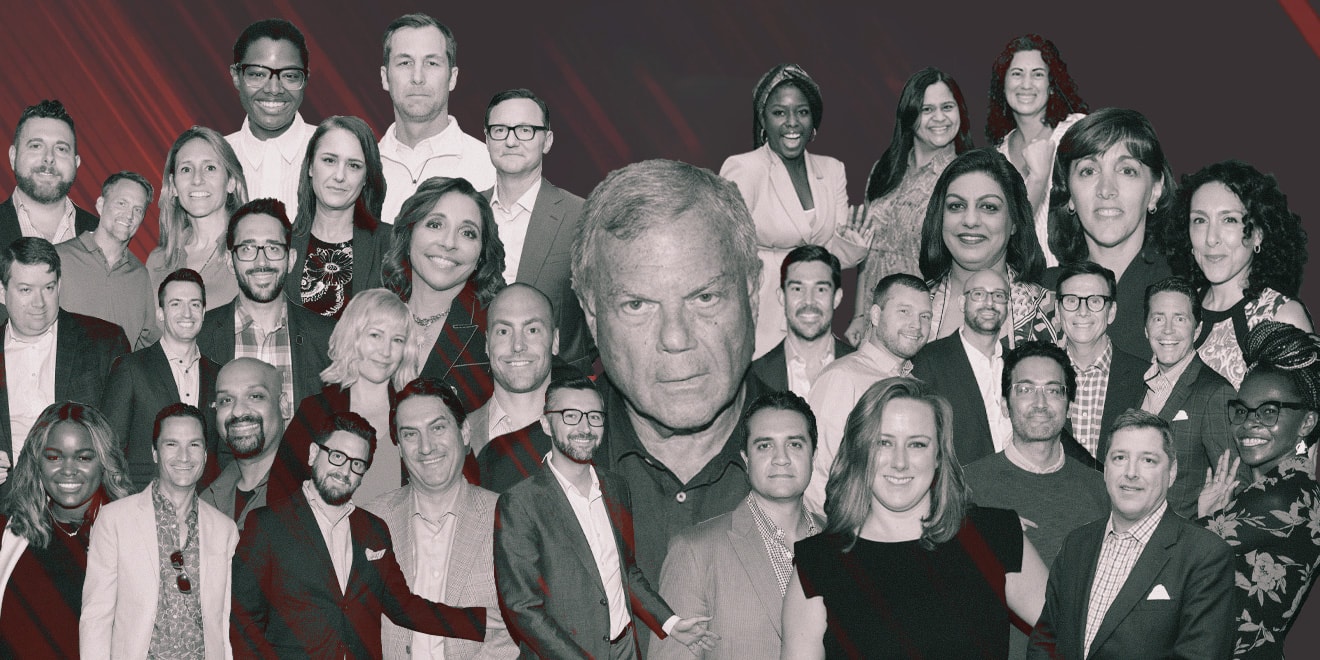 Between the introduction of GDPR in 2018, the California Consumer Privacy Act coming in 2020 and Google’s war on fingerprinting, ad tech faces a perilous future. During Adweek’s inaugural NexTech event in New York last week, a couple dozen of the top minds in ad tech, marketing and media took to the stage to walk through their companies’ ad-tech strategies and latest trends in the industry.

In between hot takes on Irish cricket, Martin Sorrell graded major holding companies on recent data acquisitions, while Hulu’s Peter Naylor and NBCUniversal’s Linda Yaccarino explained the futures of their streaming services. If you missed NexTech, here are 12 key takeaways (and links to more comprehensive stories) from all of the event’s keynote speakers.

The biggest name at the event, former WPP CEO Martin Sorrell, argued in his keynote discussion that “traditional” agencies like those he used to run just aren’t optimized for the digital world inhabited by NexTech attendees. He then claimed that most major holding companies don’t know how to approach the challenges presented by this world either, giving Publicis and IPG “C” grades on their recent multibillion-dollar data acquisitions and making criticisms that spokespeople for both companies later said were inaccurate. Finally, he argued that the ad industry should no longer see platforms like Google and Facebook as antagonists, because “we are working with them.”

NBC is open to working with rival platforms

NBCUniversal may be pulling The Office off Netflix next year to put it on its own streaming service, but it’s not against ever working with Netflix again. Linda Yaccarino, chairman of advertising and partnerships, NBCUniversal, said that depending on the content, it’d certainly work with outside streaming platforms: “It’s a good business for us,” she said. “It’s profitable, and those guys are good partners.”

Hulu has twice now surprise dropped programming, most recently the newest season of Veronica Mars, which was a “marketing-led” decision, said Peter Naylor, Hulu’s svp of ad sales. But brands run the risk of consumers growing tired of them. Brands have to be smart and self-aware enough to know if it might work for them.

Google’s business model depends on data-driven advertising, but it’s trying to add new user privacy controls while also meeting objectives for publishers and marketers. Chetna Bindra, Google’s senior product manager focused on privacy issues, said the company will begin rolling out some key changes to how it tracks users by the end of this year. She said the ad-tech industry needs to learn how to balance collecting enough data to be effective without collecting too much so that it becomes invasive. (Bindra’s remarks last week came just a day after the FTC’s landmark settlement with Facebook over the social network’s own data privacy issues.)

How executives can push for inclusion and diversity

Though some may feel that big actions make the biggest differences, people seeking greater diversity and more inclusion in their own workplaces can make change through micro actions. “I sometimes think there’s frustration of ‘why can’t I do anything about it?’” said Linda Boff, CMO of GE. “Everyone can do something about it. Everyone can insist on slates when we’re interviewing that are 50% female. I try constantly and bring it to the individual level.”

Ad-tech ambiguity is scaring off investors

Ad tech, on the whole, is a field facing a small, but sudden decline in VC funding. The reason, according to some of the investors that took the stage at NexTech, is the growing sense of unease and uncertainty over how some of the biggest ad-tech outfits will handle upcoming legislation, including the impeding 2020 deadline of CCPA.

Whatever funding is left in the ad-tech ecosystem is being snapped up by an increasing array of middlemen seeking to get their share of the multibillion-dollar digital ad market. In an attempt to bring some sort of transparency, we’re now seeing advertisers become a bit more choosy about partners, using a process called Supply Path Optimization—or SPO—to slim down the number of supply-side platforms they work with.

There are many reasons brands have opted to bring programmatic in-house, as it provides marketers with the promise of greater control, transparency and efficiency. In practice, however, pulling together an in-house team with the right knowledge and experience is no easy feat. Ana Milicevic, principal and co-founder at digital advisory firm Sparrow Advisers, said that the “biggest question” facing marketers who want to bring programmatic in-house is if there’s enough talent at the right levels to actually fill the roles needed to make it work. “As much as we’d like there to be an infinite supply of talent and for this to be trainable, it’s really not,” she said, explaining that these jobs need candidates who’ve gotten their hands dirty with programmatic and have experience with lots of different aspects of it.

Ad fraud is pervasive and never-ending—but it isn’t an insurmountable foe. That’s according to Trustworthy Accountability Group COO Rachel Nyswander Thomas, who explained how collaborations throughout the digital media industry like ads.txt and real-time threat-sharing are thwarting criminal enterprises.

Neil Vogel, CEO of Dotdash, has a few simple lessons he learned in turning around About.com—and it all centers around building a site that isn’t cluttered with ads and one that users want to actually use. Vogel also touched upon writing out content that’s helpful for people—and not centered around writing what everyone else is posting about, whether it’s TV show recaps or pop culture related.

How EA brought some services in-house

In-housing is the latest trend, but EA’s head of global marketing intelligence Belinda Smith prefers to think of it as “marketing transformation.” In her panel at NexTech with Adweek ad-tech reporter Ronan Shields, Smith discusses EA’s process of in-housing its media buying and other marketing efforts over the last seven years. EA originally made the decision to in-house to ensure it protects user data and prepare for the looming “data wars,” and they’ve since built partnerships with agencies to help make that process flow as seamlessly as possible.

If you’ve ever gone to Ticketmaster to try to score seats for a big rock concert, odds are you came away not ticketed, but ticked off. Shows sell out almost immediately, and many fans end up paying steep markups on the online resale market. Ticketmaster president Jared Smith is sympathetic but, speaking at NexTech, was also eager to explain why you shouldn’t blame his company. Ticket sales, he said, represent “a complicated value chain,” and resale by ticket brokers is a legal part of that chain. “You have a lot of acts saying, ‘I don’t want my fans to pay over $100,’ but the market dictates it’s worth $500,” Smith said. Musicals artists, he added, “are not short-term capitalists.”