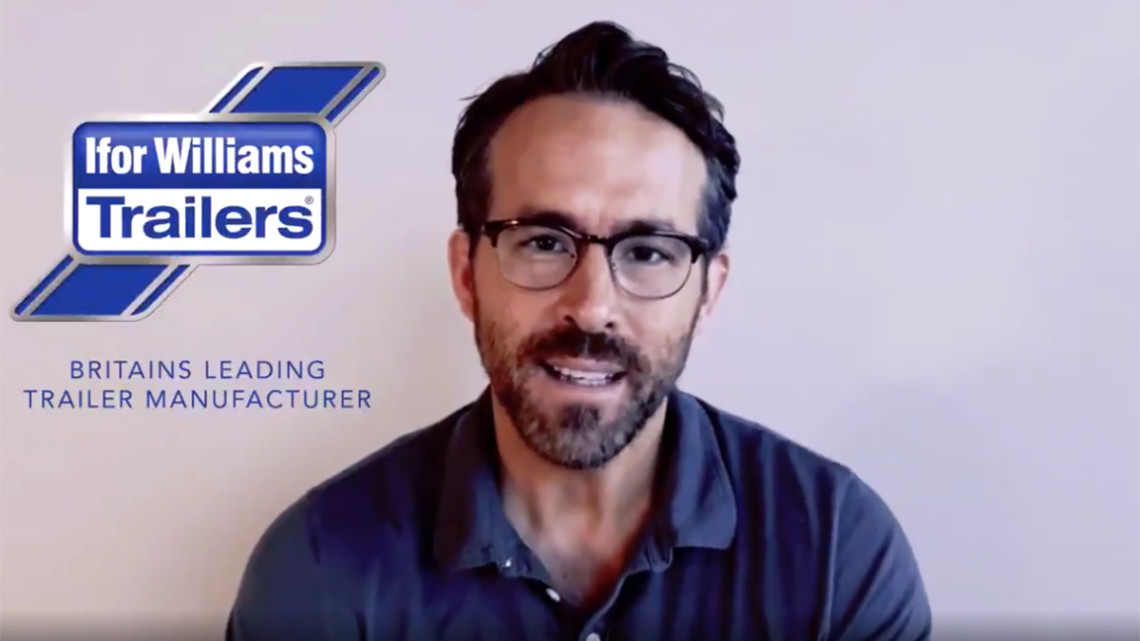 If you're looking to haul livestock in the U.K., Ryan Reynolds has a recommendation. Wrexham AFC on Twitter

A few million fans of comedy actors Ryan Reynolds and Rob McElhenney probably hadn’t heard of Wrexham AFC before this week, when the two officially purchased the Welsh soccer team.

But the stars also want you to know about another British institution: Ifor Williams Trailers.

Why? Because the North Wales trailer manufacturer is the official kit sponsor of Wrexham, and the new owners wanted to show the company some love.

So they created a rather low-budget ad with big-budget Hollywood talent in hopes of getting you—assuming you’re a British livestock owner—to buy from Ifor Williams.

While Reynolds is well known these days for owning and developing brands like Aviation Gin and Mint Mobile, Wrexham AFC was still a bit of a surprise as his next acquisition target, alongside It’s Always Sunny in Philadelphia co-creator McElhenney.

Founded in 1864 and playing at one of the world’s oldest stadiums, Racecourse Ground, Wrexham has a proud lineage but doesn’t compete at the highest levels of British soccer. The team is one of 24 in the fifth tier of the English “football pyramid,” meaning it has few opportunities to advance far enough to compete with the likes of first-tier teams such as Arsenal (which Wrexham defeated in a 1992 upset).

Reynolds and McElhenney have expressed hopes of helping boost the team back into the English Football League, which includes the second through fourth tiers. Wrexham was lowered out of the fourth tier after the 2007-08 season.

Public interest in Wrexham skyrocketed in September with news that the actors were considering investing in the team, according to data from Google Trends:

The team’s previous owners, the Wrexham Supporters Trust Board, had previously estimated the new owners’ initial investment at $2.5 million.