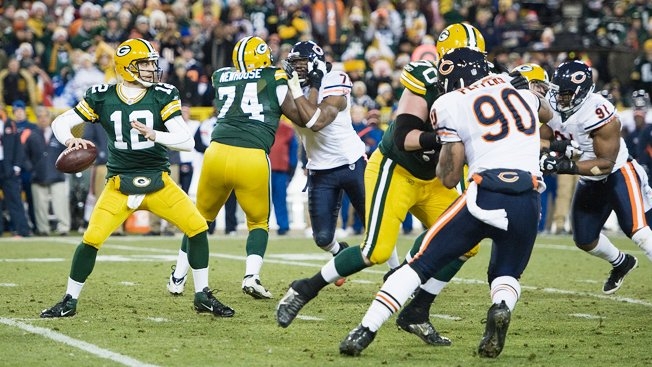 The National Football League on Tuesday revealed that it signed a multiyear extension with Snapchat that will make the NFL the first sports league with a Snapchat Discover channel. According to a release, NFL Media will handle programming including news, hot topics, photos and videos specifically produced for the mobile app.

The NFL began working with Snapchat last year on live stories, which were viewed by 70 million folks globally, according to the league. Moving forward, the live stories will be more plentiful, appearing on Snapchat for every NFL game in 2016, as well as the Super Bowl and the league's scouting combine and draft next year.

The NFL's daily presence on Snapchat should allow the league to connect with millennials in new ways.

"The launch of the NFL on Discover will provide a key touch point to follow storylines throughout the week, and the expansion of live stories will provide fans with a unique perspective of the excitement in and around our stadiums at every game all season long," said Blake Stuchin, director of digital media business development for the National Football League, in a statement.

Additionally, the NFL and Snapchat will team up to create custom geofilters for the league's 32 franchises. Snapchat users at football stadiums, practice facilities and other venues will be able to apply team-specific, location-based art overlays when sharing messages with friends.

The NFL continues to build its social media game. For instance, today's development comes after the NFL struck a deal with Twitter in April to livestream 10 games this season on the microblogging site.