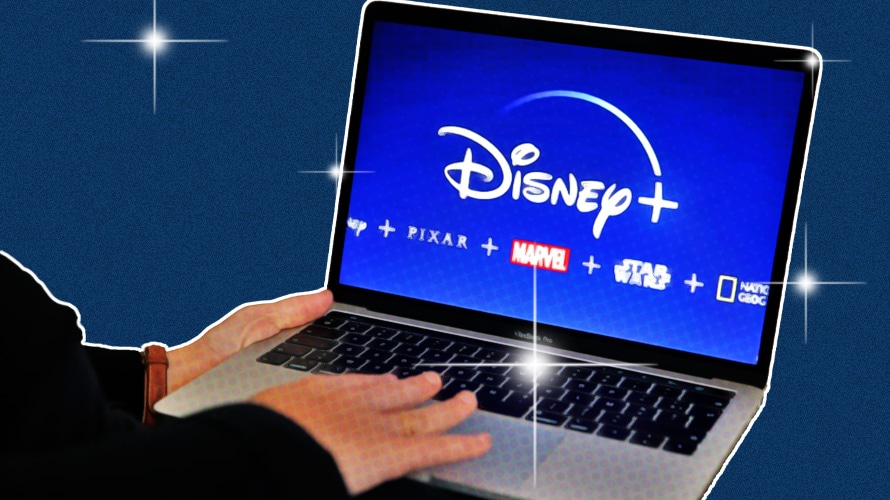 The year’s most anticipated streaming service has finally arrived: Disney+ premieres in the U.S., Canada and the Netherlands today, marking a new era for an entertainment giant whose business has long centered on theatrical releases and linear television distribution.

The service, which Disney is positioning as the cornerstone of its growing portfolio of streaming brands—CEO Bob Iger has called it the company’s “biggest priority” of the year—will feature the company’s enormous library of films and television shows and a slate of originals, including buzzy Star Wars original series The Mandalorian. Disney is hoping the service will grow, and fast—at an investor day earlier this year, the company said it projects Disney+ will have from 60 million to 90 million subscribers around the world by fiscal year 2024.

“We’ve worked extremely hard to create a service that’s second to none in terms of our content offering, streaming quality, user interface, brands and overall value to consumers,” Disney chairman of direct to consumer and international Kevin Mayer said at a Disney+ preview event in New York last week, prior to the service’s premiere. “We’re very excited to get this exceptional service into the hands of consumers around the globe, and we’re confident they are going to be extremely happy with it.”

Here’s what you need to know about the service, including what content will be on it, where you can find it and how many people can use one account.

How much it costs


For many customers, Disney+ will cost $6.99 a month. If customers are willing to pay once annually, they can pay $69.99 a year, which comes out to a slightly reduced monthly rate.

To get more people through the Disney+ door, though, Disney has also announced a number of steeply discounted promotions and partnerships. A deal with Verizon announced in October means Verizon customers who pay for unlimited wireless, Fios broadband or 5G home wireless internet will get a year of Disney+ for free. (Verizon paid Disney a one-time wholesale payment for the promotion, Mayer said.) In August, members of the Disney fan club D23 were offered a discounted annual subscription to Disney+ for $46.99 a year for three years, which comes out to less than $4 a month. And Disney is offering a bundled subscription of Disney+, its streaming service ESPN+ and an ad-supported tier of its general entertainment streaming service Hulu (of which Disney assumed full operational control in May) for $12.99 a month.


As of its premiere, Disney+ features a slate of eight original series, including The Mandalorian, National Geographic unscripted series The World According to Jeff Goldblum and the Disney Pixar shorts Forky Asks a Question. A live-action movie remake of Lady and the Tramp is also be available on the service, as is the Christmas film Noelle, starring Anna Kendrick and Bill Hader.

More impressive is Disney’s library of content, which includes 300 Disney films and all 30 seasons of The Simpsons on day one. Disney+ also will be the home of new films and television series from Disney properties, starting with Disney’s 2019 theatrical slate, after those programs’ theatrical and home entertainment windows close. Disney even moved up the release of Avengers: Endgame so it could appear on Disney+ at launch—it was originally scheduled to arrive in December—but Mayer said home video windows won’t be compressed in the future.

In its first year, Disney plans to release more than 30 original series and more than 15 original films and specials on the service in addition to a library to 7,500 television episodes and 500 movie titles, said Ricky Strauss, Disney+ president, content and marketing. Most of the episodic content on the service will be released weekly on Fridays, bucking a streaming trend of releasing content all at once. And users will be able to view much of Disney’s programming in 4K.


Each Disney+ account comes with the capability of creating up to seven unique profiles for different viewers, and users can stream up to four different programs simultaneously on four separate screens. Users will also be able to download an unlimited number of movies and TV shows across up to 10 different devices for viewing as long as the Disney+ account is active.

Disney expects its customers to share passwords, but Disney streaming services president Michael Paull said the company will be monitoring anything that looks like rampant password abuse.


Disney has invested heavily in originals intended for fans of any Disney-owned franchises, and the library is bolstered with Fox content like The Simpsons and Avatar, which Disney acquired in its multibillion-dollar acquisition of 21st Century Fox. With that, Disney+ is trying to attract customers of all ages, those with and without kids.

In a test in the Netherlands that started in September, Disney found that the ABC series Marvel’s Agents of Shield performed best among viewers in the 18-49 demo, and Marvel content was often the first program streamed for that demographic, suggesting those programs were driving signups. That franchise programming will be key for Disney+’s continued strategy in the U.S., Strauss said. Disney+ has already greenlit several Marvel original series—including The Falcon and the Winter Solider, WandaVision, Loki and Hawkeye—that will roll out over the next two years.

There will still plenty of Disney content that appeals to teens, tweens and children. The Disney Channel series The Suite Life of Zack and Cody, for example, performed well in the Netherlands test, as did library Disney shows like Hannah Montana. And for the youngest members of the family, Disney is offering users the option to create kids profiles intended for viewers 7 and younger. (Those profiles won’t automatically autoplay and will feature a different, less text-heavy interface.)