NEXT:Season 3 of Trying Will Premiere This Summer on Apple TV+
PREVIOUS:Yellowstone Spin-Off 6666 Will Air On Paramount Network Instead of Paramount+ 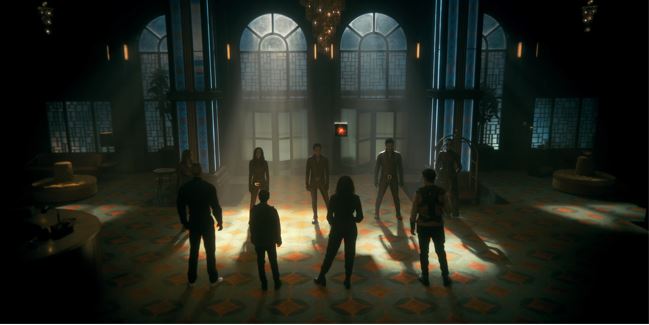 It’s The Umbrella Academy versus the Sparrow Academy in an epic showdown, and the world is once again dangerously close to imploding.

After two years, Netflix’s The Umbrella Academy returns on June 22 for Season 3, and things are about to get even crazier, as evidenced in the new trailer. The Hargreeves aren’t too happy to have been replaced by “a bunch of blobs and cubes and birds and s—t.” Oh, and they only have a few days to say the world, but no pressure.

“After putting a stop to 1963’s doomsday, the Umbrella Academy return home to the present, convinced they prevented the initial apocalypse and fixed this godforsaken timeline once and for all,” reads the Season 3 synopsis. “But after a brief moment of celebration, they realize things aren’t exactly (okay, not at all) how they left them. Enter the Sparrow Academy. Smart, stylish, and about as warm as a sea of icebergs, the Sparrows immediately clash with the Umbrellas in a violent face-off that turns out to be the least of everyone’s concerns.”

The Umbrella Academy was created for TV by Steve Blackman, who also serves as the show’s showrunner and executive producer. Jeff F. King, Mike Richardson and Keith Goldberg are among the other ep’s.