NEXT:Thursday Night Football Is a Subscriber Success for Prime Video
PREVIOUS:Dancing With the Stars Makes Big Moves on Disney+ 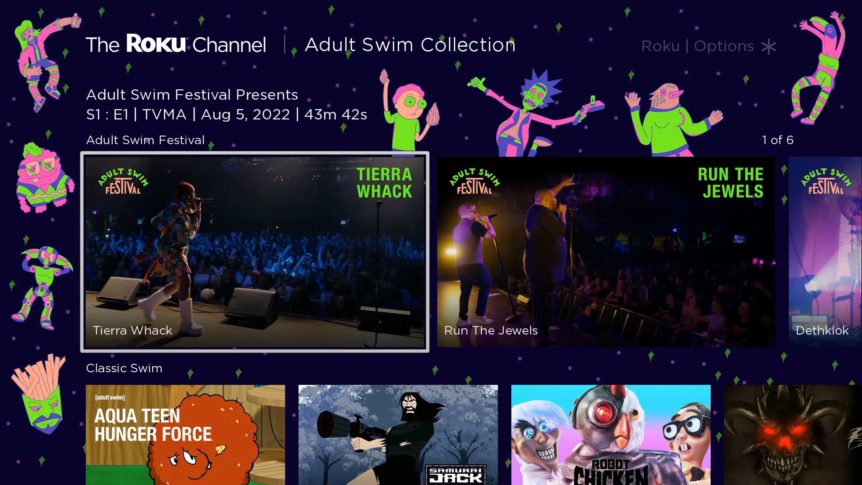 The Adult Swim Festival, a three-part special featuring performances from the live event that took place in Philadelphia in August, will air exclusively on The Roku Channel.

Starting on Sept. 23, viewers can stream the special for free with commercials.

“This year’s Adult Swim Festival was particularly special as it marked our return to live-events, and our first time bringing the Festival to the East Coast,” said Michael Ouweleen, president of Adult Swim and Cartoon Network, in a statement. “Packed with some incredible performances, I can’t wait for our fans to experience the energy and excitement of this year’s festival thanks to The Roku Channel!”