NEXT:Discovery+ Launches as a Premium Subscription on The Roku Channel
PREVIOUS:Westworld Season 4 Premieres in June 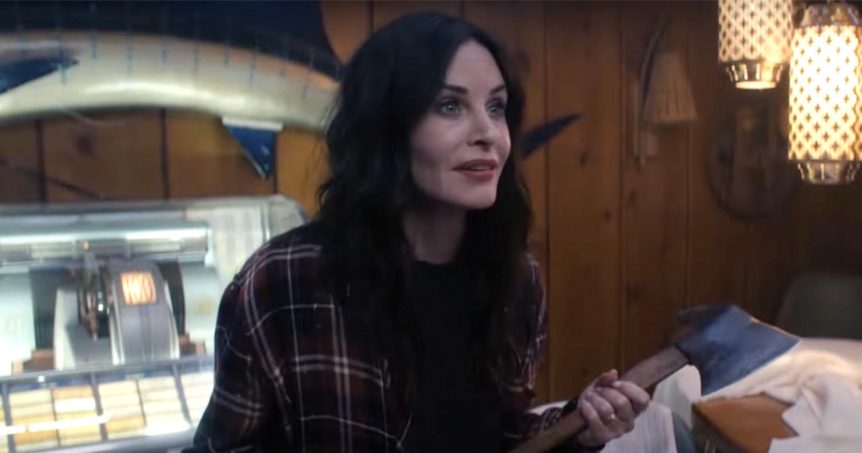 “Shining Vale is both wickedly funny and a beautiful three-dimensional portrayal of marriage, adolescent parenting and motherhood,” said Kathryn Busby, president of original programming of Starz, in a statement. “We’re thrilled to bring viewers another season of this mic-dropping blend of horror and comedy.”

Season 1 sees “Pat (Courteney Cox) and Terry Phelps (Greg Kinnear) cash in their life savings and move from a cramped Brooklyn apartment to an old Victorian mansion in Connecticut, as a last-ditch effort to save their marriage after Pat’s torrid affair with the handyman.” Their teenagers are upset. “Terry tries to rally the family, but the pushback is relentless.”

“Sharon and I are thrilled to be able to tell the next eight chapters of the Phelps’ story– especially after the way we ended season one. Personally, I look forward to the crushing pressure of trying to raise the bar even further in season two. But we can do anything. After all, ‘We Are Phelps!’” said Jeff Astrof, co-creator, executive producer and showrunner.