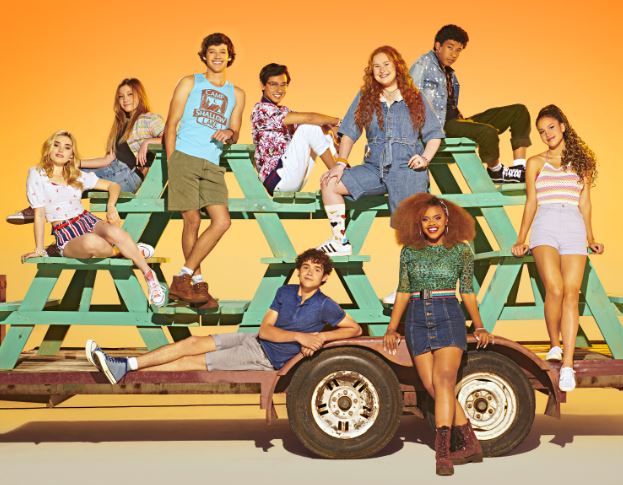 The Resort is described as a multi-generational, coming-of-age love story disguised as a fast-paced mystery about the disappointment of time. An anniversary trip puts a marriage to the test when the couple finds themselves embroiled in one of the Yucatan’s most bizarre unsolved mysteries that took place 15 years prior. The series debuts on July 28 on Peacock.

High School Musical: The Musical: The Series’ third season is set at Camp Shallow Lake, a sleepaway camp in California, as the Wildcats are primed for an unforgettable summer ripe with romance, curfew-less nights and a taste of the great outdoors. With a high-stakes production of Frozen on the horizon AND a drama-filled docuseries of the production in the works, the Wildcats will attempt to show who is “best in snow” without leaving anyone out in the cold. The series premieres on July 27 on Disney+.

In Paper Girls, it’s the day after Halloween in 1988 when four young friends accidentally stumble into an intense time war and find themselves inexplicably transported to 2019. When they come face-to-face with their adult selves, each girl discovers her own strengths as together they try to find a way back to the past while saving the world of the future. As previously announced, the series premieres on June 29 on Prime Video.

Set in France, Netflix’s Athena chronicles three siblings who have their lives thrown into chaos hours after the death of their youngest brother in unexplained circumstances. The film debuts in September on Netflix.