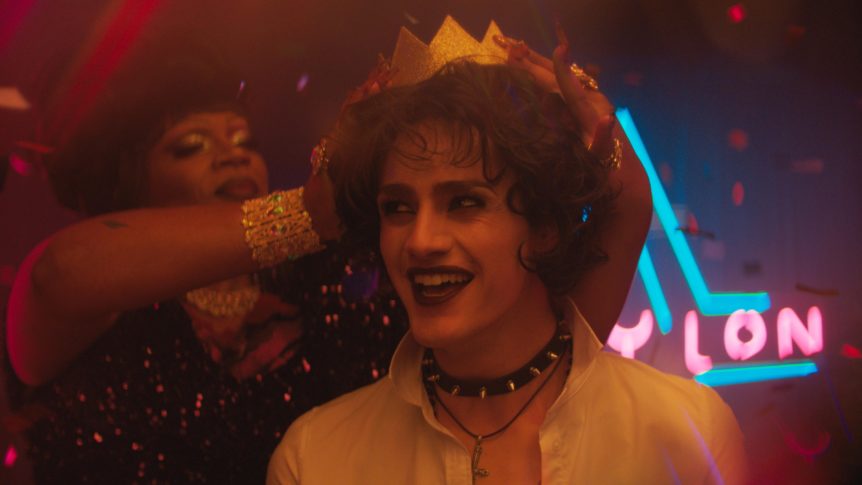 Queer as Folk, Peacock’s reboot of the groundbreaking British series of the same name, is getting a June debut.

The series, described as a vibrant reimagining of the original, explores a diverse group of friends in New Orleans whose lives are transformed in the aftermath of a tragedy. Queer as Folk will premiere June 9 on the streamer.

Creator Stephen Dunn said in a statement that the original Queer as Folk was the first time he felt seen.

“Like most queer ’90s kids, I had a unique relationship with the original Queer as Folk. Growing up, I was desperate for any sort of connection with people like me,” he said. “The show offered a new paradigm—one where we could accept and celebrate queer love, families, and communities on a global stage. It was truly iconic.”

In the reboot, Dunn said he wanted to create a new groundbreaking version of this show for this moment.

“I am immensely proud that the new series is comprised of an electric ensemble of fresh characters that mirror the modern global audience. If there’s one person who is able to see Queer as Folk and feel less alone, or who now feels more supported and seen, our job is done,” he said. “In the true spirit of the original, our show doesn’t shy away from the harsh realities of our community, but above all else, the series is about people who live vibrant, vital, unapologetically queer lives.”

“I’m very proud of what we achieved in 1999, but in queer years, that was a millennium ago! As a community, we’ve radicalized, explored, opened up, and found new worlds – with new enemies and new allies—and there was so much to be said,” said Russell T. Davis, executive producer and creator of the original British series. “I thought it was about time the title belonged to a whole new generation. The 2022 show is more diverse, more wild, more free, more angry—everything a queer show should be.”