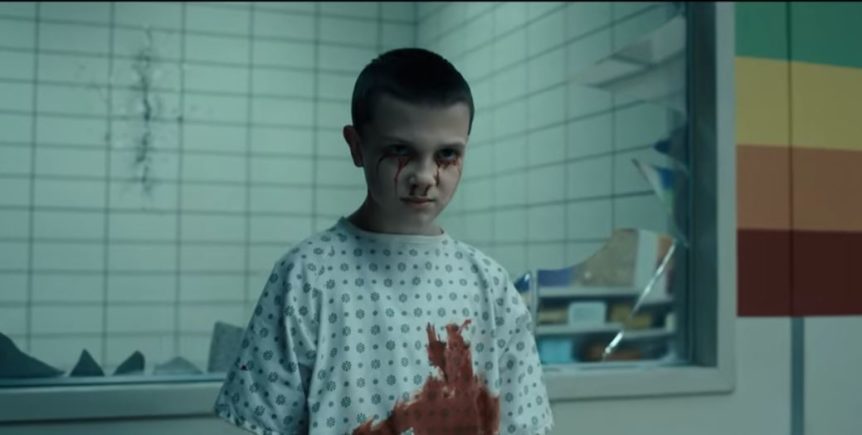 With today being National Streaming Day, Netflix gave fans of Stranger Things a little something to tide them over until next week’s Season 4 premiere.

On Friday, May 27, Season 4 Volume 1 will air, featuring seven (!) of the nine super-sized episodes. Volume 2 will hit Netflix on July 1 and include the final two episodes.

And as an added bonus, Netflix gifted fans with the first eight minutes of the Season 4 premiere. (But if even this isn’t enough, you can find major plot point spoilers about the new episodes online after images leaked from an official Monopoly tie-in game).

A fifth and final season of Stranger Things has already been ordered.

From chilly Russia to sunny California, Season 4 will see the characters distributed across four distinct—but equally terrifying—locales throughout the world.

The Netflix synopsis reads: “It’s been six months since the Battle of Starcourt, which brought terror and destruction to Hawkins. Struggling with the aftermath, our group of friends are separated for the first time—and navigating the complexities of high school hasn’t made things any easier. In this most vulnerable time, a new and horrifying supernatural threat surfaces, presenting a gruesome mystery that, if solved, might finally put an end to the horrors of the Upside Down.”

In a forthcoming episode of the next season of the podcast Present Company With Krista Smith, the Duffer brothers hinted that fans have much to look forward to when Stranger Things returns in May.

“I think they’ll be happy when they see it. It’s very, very long, which is why it’s taking us a very long time,” said Stranger Things co-creator Ross Duffer.

The characters have come such a long way since we first met them in Season 1, as the Duffer brothers noted in conversation with Smith, explaining that Season 4 will have a much darker, “horror movie” vibe.