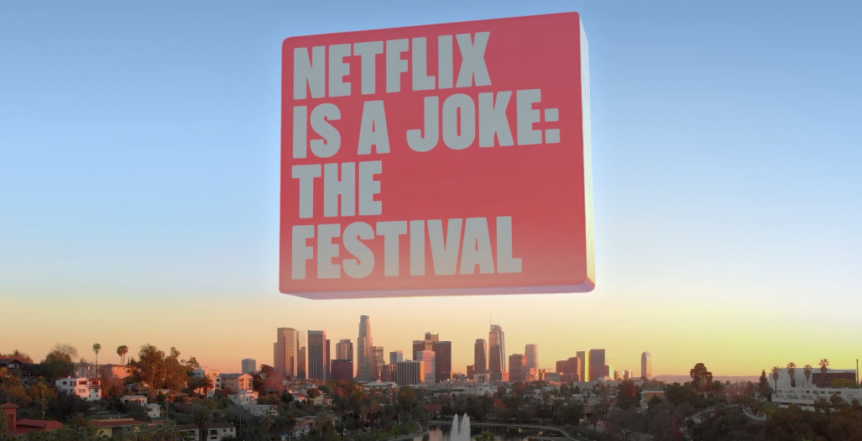 Netflix Is A Joke: The Festival has expanded its roster to include top stand-up acts, Netflix series cast events and a free outdoor fan experience.

The festival features over 250 live performances in over 30 L.A. venues.

Highlights from the new additions include John Mulaney at the Hollywood Bowl, Snoop Dogg’s F*cn Around Comedy Special and Bill Burr & Friends at the Hollywood Palladium, a Billy Eichner-hosted Stand Out: An LGBTQ+ Celebration at the Greek Theatre, Sebastian Maniscalco at the Wiltern, Franco Escamilla at the Hollywood Pantages Theater, Neal Brennan and Jacqueline Novak at the Largo at the Coronet and international standup at the Laugh Factory.

Additionally, there will be a Never Have I Ever live table read, a Cobra Kai badass one-night celebration, a screening of the premiere of the Mike Myers-led series The Pentaverate, a Somebody Feed Phil fan screening and a movie trivia happy hour featuring the cast of Blockbuster.

Outdoors At Hollywood Palladium, a seven-day free mini-fest within the event, is also taking place.

Netflix Is A Joke: The Festival will offer Introducing… at The Avalon on April 27 as a special preview before the festival officially begins. The evening will feature eight up-and-coming comedians, each of whose acts will be videotaped and shown individually on Netflix is a Joke’s YouTube channel and Sirius XM during the festival.