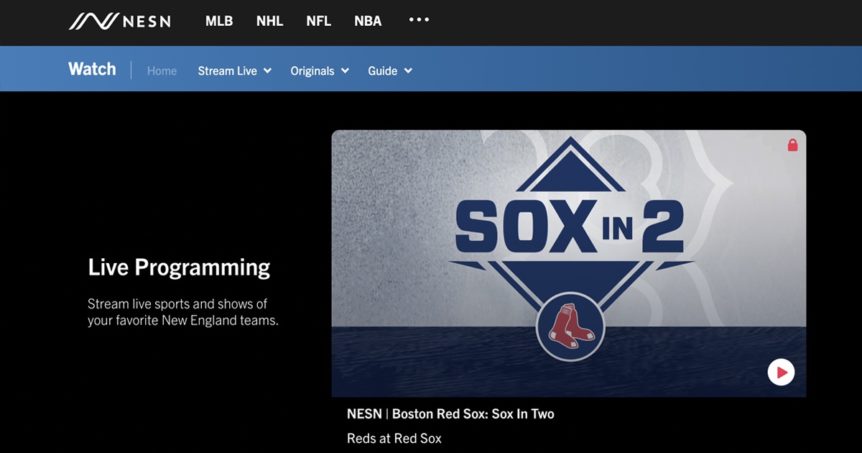 NESN is now the first regional sports network to launch a direct-to-consumer platform. The product, NESN 360, is a digital subscription service that allows consumers to watch NESN’s live and video on demand (VOD) programs. Subscribers can stream NESN’s live feeds and VOD library right on their computer, iOS, Android, Apple TV or Roku device. In addition, according to NESN, current subscribers can authenticate into the NESN 360 app to access the same programming, including live Red Sox and Bruins games.

“We are creating a full, 360 fan experience, combining a premium digital offering with the excitement of the venues and teams,” said Ahmed Darwish, NESN’s chief marketing officer, in a statement. “NESN 360 is already an unparalleled offering, and there is so much more to come.”