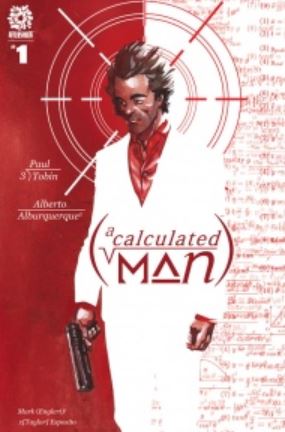 “It’s not often that a story grabs you by the throat and heart at the same time,” said Calloway. “A Calculated Man did just that. The moment I read Paul and Alberto’s beautifully bonkers book, I was excited to bring it to the screen. Doing it at Hulu, with their commitment to unflinching, unique stories is a dream come true.”

Created by Paul Tobin (Bunny Mask), the comic book is a crime story following Jack Beans, an accountant living in witness protection after betraying his former employers, the Pinafore crime family. After three years, Jack decides to reclaim his old life. The graphic novel is set to be published in June.

Tobin describes the series as “John Wick mixed with A Beautiful Mind.”

Lee Kramer and Jon Kramer from AfterShock Media will executive produce alongside Calloway.