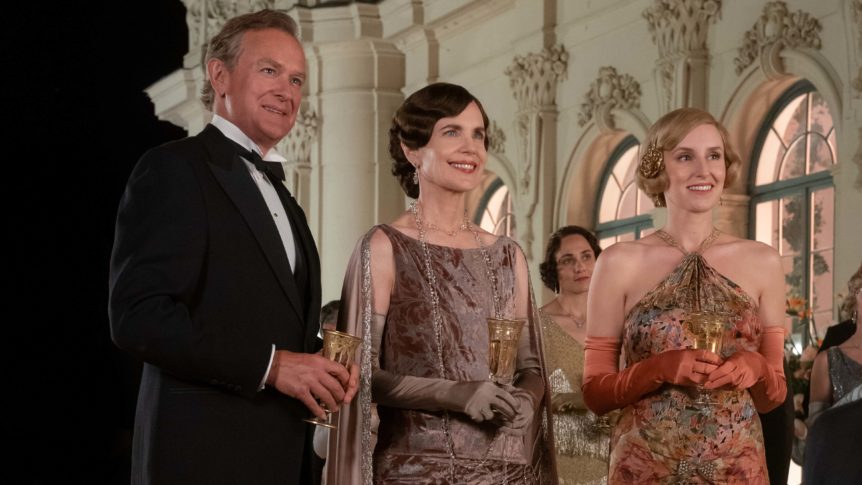 The latest film based on the hit series, Downton Abbey: A New Era, will make its debut on Peacock June 24, just 35 days after it opened in theaters. And the streamer is celebrating by debuting a Downton Abbey streaming channel on its platform.

Downton Abbey: A New Era, a sequel to the 2019 film, sees the Crawleys and their staff welcoming a film crew and their glamorous stars to Downton Abbey for the filming of a new silent movie. Meanwhile, other members of the family embark on a grand adventure to a villa in the south of France to solve a mystery about the Dowager Countess’ past.

Peacock is also home to all six seasons of the TV series, the 2019 film, and a one-hour special The Manners of Downton Abbey.