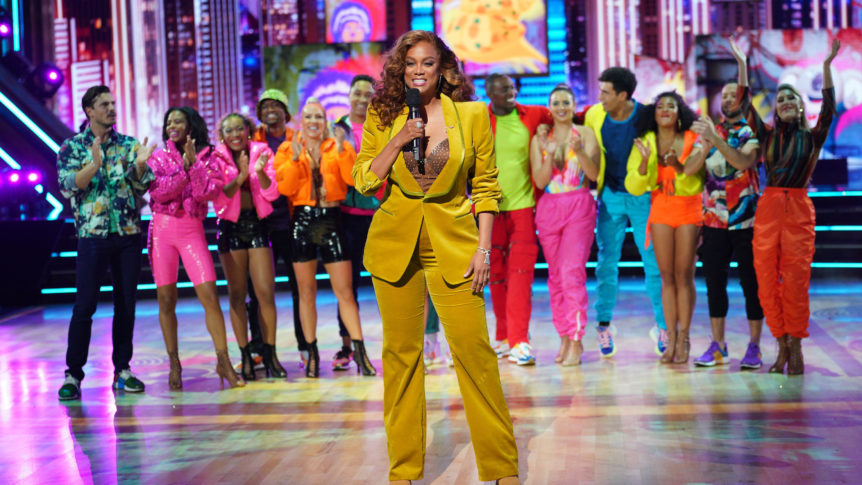 In a shocking announcement, the iconic ABC series Dancing with the Stars is moving to Disney+, after 16 years and 30 seasons on the broadcast network.

DWTS has already been renewed for Seasons 31 and 32 and will premiere exclusively on Disney+ this fall in the U.S. and Canada, making it the first live series to stream exclusively on the platform.

The move comes as ABC will be simulcasting more of ESPN’s Monday Night Football games this fall as part of Disney’s new NFL TV rights deal, which would have conflicted with Dancing’s usual Monday night time slot.

Plus, the series will arrive on Disney+ just as the platform will be debuting its lower-priced, ad-supported subscription tier, which will likely boost its subscriber numbers.

Disney executives are hoping that the popularity of Dancing with the Stars would result in more viewers and subscribers for the streaming service, Deadline reports.

“Dancing with the Stars has entertained fans for 16 years on ABC, and we are excited to bring this beloved show exclusively to Disney+ as the platform’s first-ever live series,” Kareem Daniel, chairman of Disney Media and Entertainment Distribution, said in a statement. “The show’s broad appeal, as well as the overwhelming popularity of its Disney-themed competition nights, make Disney+ the perfect home for Dancing with the Stars while continuing to expand our demographic reach.”

“Dancing with the Stars has been a beloved staple on ABC for 30 seasons and brought so much joy to millions of viewers,” added Dana Walden, chairman of entertainment for Walt Disney Television. “As we’re significantly expanding our unscripted slate at ABC, this is a great opportunity to introduce this show to a whole new generation of fans on Disney+.”

BBC Studios’ Los Angeles Productions gm Valerie Bruce adds, “The fact that our iconic global format Dancing with the Stars will now set the record as the first live series on Disney+ represents a major growth opportunity and a bold next step forward in the evolution of the franchise. This unprecedented move, combined with our two-season pick-up, is a testament to the proven power of Dancing with the Stars.”