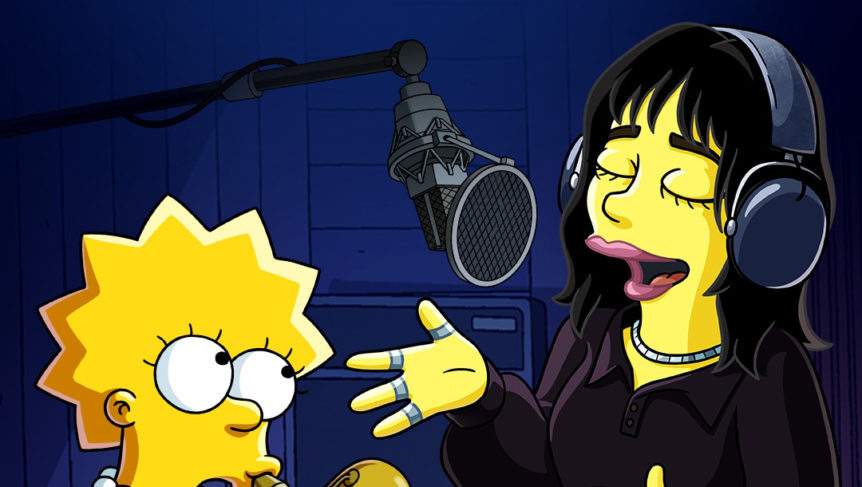 Billie Eilish will appear alongside The Simpsons family in an upcoming Disney+ short.

Per the episode synopsis:

While looking for a quiet area to practice her saxophone, Lisa Simpson is discovered by chart-topping singers Billie Eilish and Finneas in “When Billie Met Lisa.” Billie then invites Lisa to her studio for a once-in-a-lifetime jam session.

The upcoming episode from The Simpsons is the fourth in a Disney+ collection of shorts that highlight the service’s major brands and most popular content, including a pair of Star Wars and Marvel-themed shorts, The Force Awakens from Its Nap and The Good, the Bart, and the Loki, are currently available on Disney+. The most current short, The Simpsons in Plusaversary, was released in honor of Disney+ Day on Nov. 12, 2021.