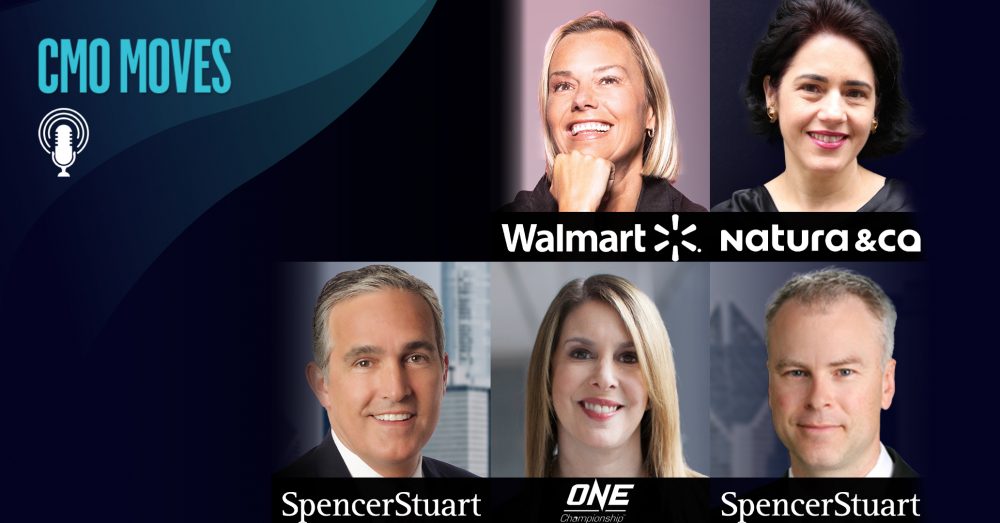 Almost three years ago, I published Episode 5 of CMO Moves, called The CMO Roadmap to Success, with Greg Welch, Senior Partner of Spencer Stuart. Having placed over 500 CMOs at the time, all ears tuned in to find out the secrets to landing the big job.  Today, I bring back Greg to give us on update on the current CMO landscape, what’s changed this year (everything!) and what’s ahead for CMOs.

In addition, Greg introduces us to the Spencer Stuart CMO Summit that just went live and is included in this episode.  Three Global CMOs from New York to Brazil to Singapore weigh in on what’s changed in their world and what they look forward to:

Janey Whiteside, Chief Customer Officer, Walmart: “Nothing has changed and everything has changed in that we have been open for business throughout the pandemic and obviously throughout all the social unrest. I talk a lot about this sort of five, five, five, right? Which is, I think we saw five years worth of acceleration of digital adoption within five weeks and as a marketer that means that I’ve saved or I have to run to catch up, and over $5 billion marketing spend if you think about what we would have spent. We’ve had to figure out how to rapidly evolve our business model and the way that we communicate with customers.”

Silvia Lagnado, Sustainable Growth Officer, Natura &Co: “B Corp has a metric on diversity - to receive the highest score you have to get 30% of your management to be of underrepresented groups. And we decided to go for that. It’s a very bold target. We said ‘we’re going to get there in no more than 10 years.’ But it’s just the beginning. We had a lot of discussions in the last month about it. We decided to go for the most ambitious [goal] and we are nowhere near that.  But we’re very excited to kind of hold hands and go for the highest and what we think is a very bold target.”

Erica Kerner, SVP and Head of Marketing Strategies and Partnerships, ONE Championship: “I definitely think that living through SARS helped me be prepared for this pandemic. Again, they were on very different scales. But the way that I was living in China at the time, in Shanghai, we were on lockdown. We were in quarantine. It was very, very similar to how things are operating right now. But it gave me the confidence to understand how people were going to react to this. What I think is most interesting is it was 18 years ago. Social media obviously didn’t exist. So the way the world has communicated during this is very, very different than it was during SARS. In SARS, it felt like a China problem, whereas this is really a world problem.”

Join us as we dive deep into complex world of the CMO and tackle global challenges, highlighting the new way to enroll consumers and motivate team members.