In the coming weeks, the app will be launched on smart TVs and Apple TV 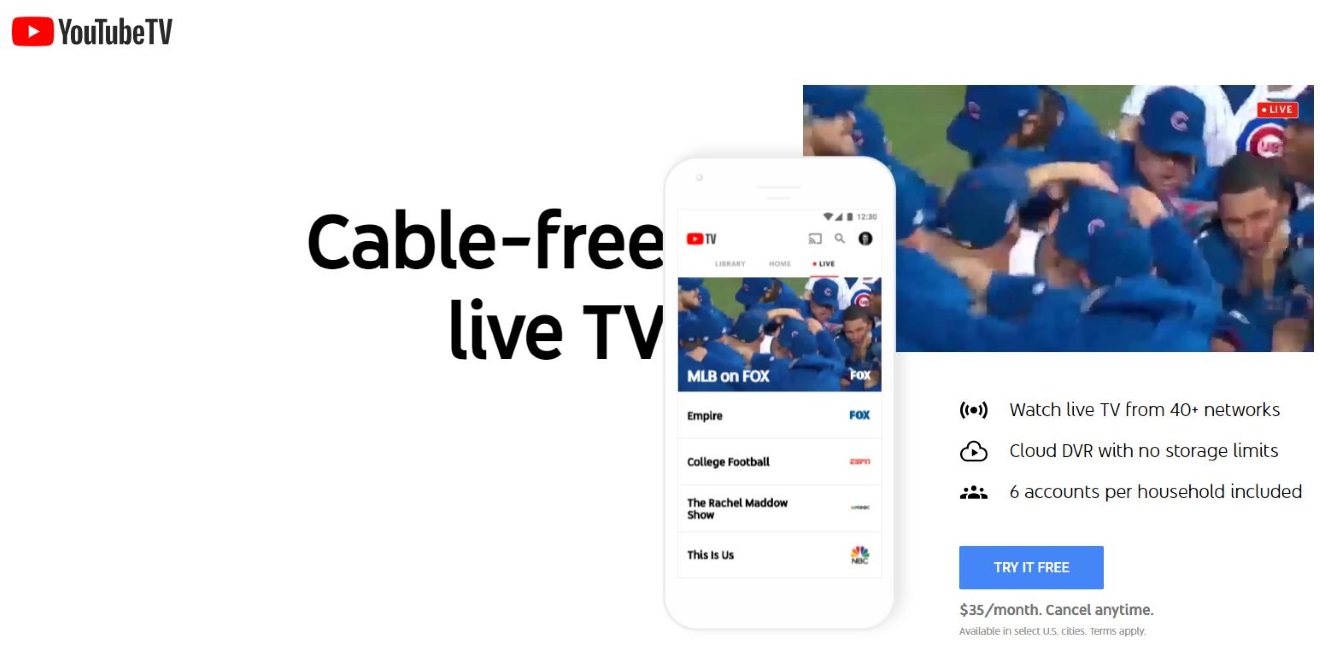 YouTube TV product manager Okalo Ikhena said in a blog post that more than one-half of the time spent watching YouTube TV is via Chromecast on big screens.

According to Ikhena, “in the next few days,” Android TV devices that will support the new YouTube TV app include Nvidia Shield; TVs with Android built in, such as those from Sony; and the Sony Xbox One family of devices (Xbox One, Xbox One S, Xbox One X soon).

And in the coming weeks, the app will be launched on smart TVs—including those from LG, Samsung and Sony—as well as Apple TV.

Ikhena said new features in the app include:

He wrote, “If you love the simplicity of finding your favorite content on the mobile app, you’ll be happy to know that you’ll still find our signature tabs on the TV app, as well—home, live and library. Finding, playing and recording your favorite live TV is as simple as before.”