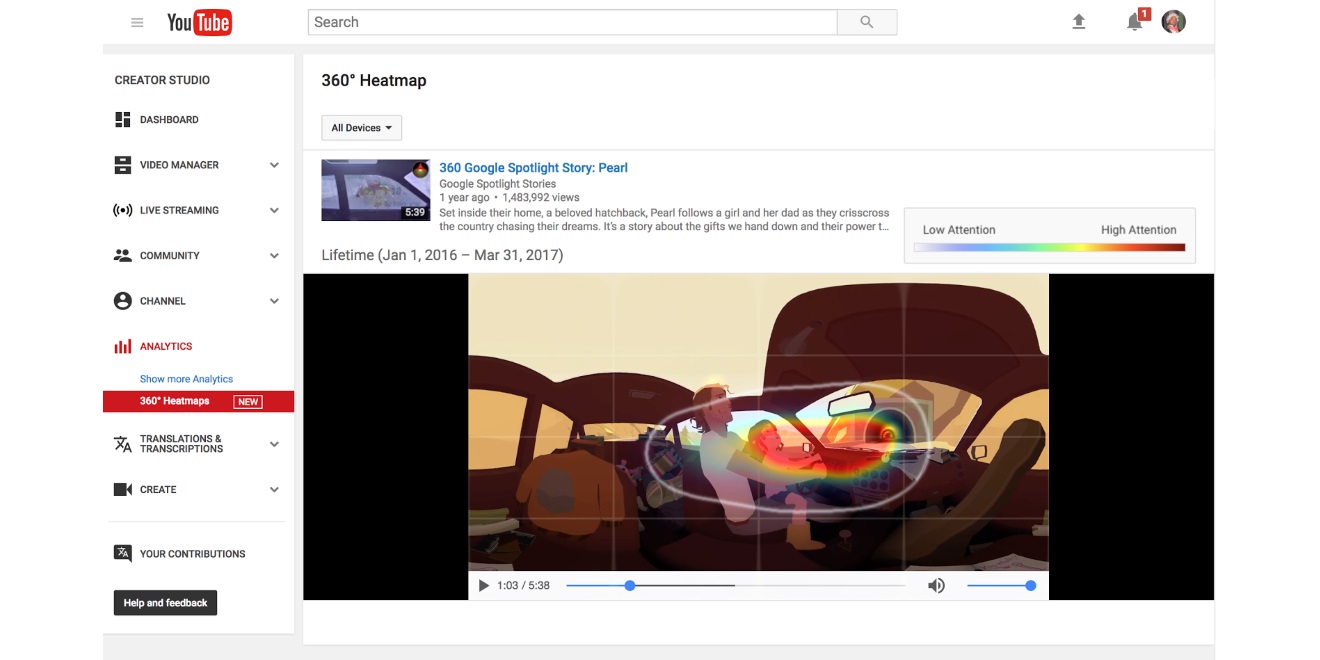 YouTube announced Friday that it now offers heatmaps for 360-degree videos and virtual reality videos with more than 1,000 views.

Product manager Frank Rodriguez said in a blog post that the new heatmaps will allow creators of 360-degree and VR videos to determine which parts of those videos are drawing the most attention from viewers, and he shared the following tips for creators:

Rodriguez also revealed that YouTube is launching its first-ever VR-intensive program at YouTube Space LA, the VR Creator Lab, and applications are now being accepted.