Yamiche Alcindor among those who penned a posthumous letter to Gwen Ifill. 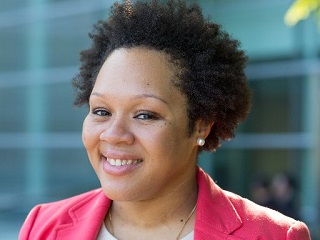 A few weeks after the passing of Gwen Ifill, PBS NewsHour digital reporter-producer Kenya Downs, who covers race matters and education, helped put together a resonant tribute. She gathered from various women journalists of color their reflections on what Ifill’s life and legacy meant to them, delivered in the form of a “Dear Gwen” letter.

Each letter is worth reading in full. Here’s how New York Times reporter Yamiche Alcindor started off hers:

Thank you for telling me to know my name. The first time I met you, I said my name was Yamiche but that you could call me “Miche.” And you said, “Do you really want to be called ‘Miche?’ Don’t let people give you nicknames.” That stuck with me, because I think as I get older and as I look at all the breadth of your work, I think of knowing myself and knowing my name and owning who I am. It was so important that you told me that.