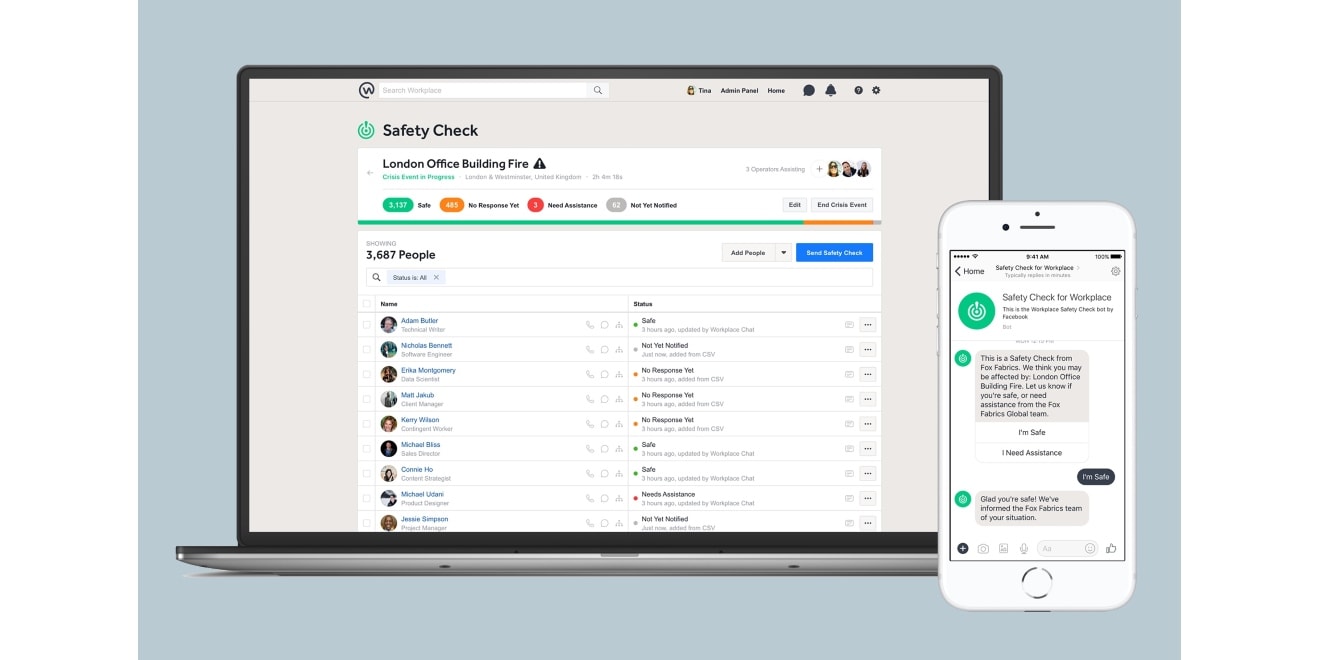 Facebook has brought its Safety Check—which enables people to check on the status of friends and family during times of crisis and lets those in affected areas mark themselves as safe—to its Workplace by Facebook enterprise solution for businesses.

The social network introduced Safety Check in October 2014, and it announced at its Flow leadership summit in Menlo Park, Calif., this week that the feature was being extended to its answer to Slack.

Workplace by Facebook said in a blog post that the move was a response to feedback from its clients that current tools for managing crisis response at scale were too slow and cumbersome for the modern work environment, and Facebook chief information officer Atish Banerjea and vice president of enterprise engineering Anil Wilson provided further details on the deployment in a separate blog post.

Banerjea and Wilson said companies’ system administrators should enable the Safety Check tool and designate a safety team to ensure that the right people are managing the tool, such as members of security of human resources teams.

That safety team will then deploy Safety Check notifications to their work community using the following three-step process: 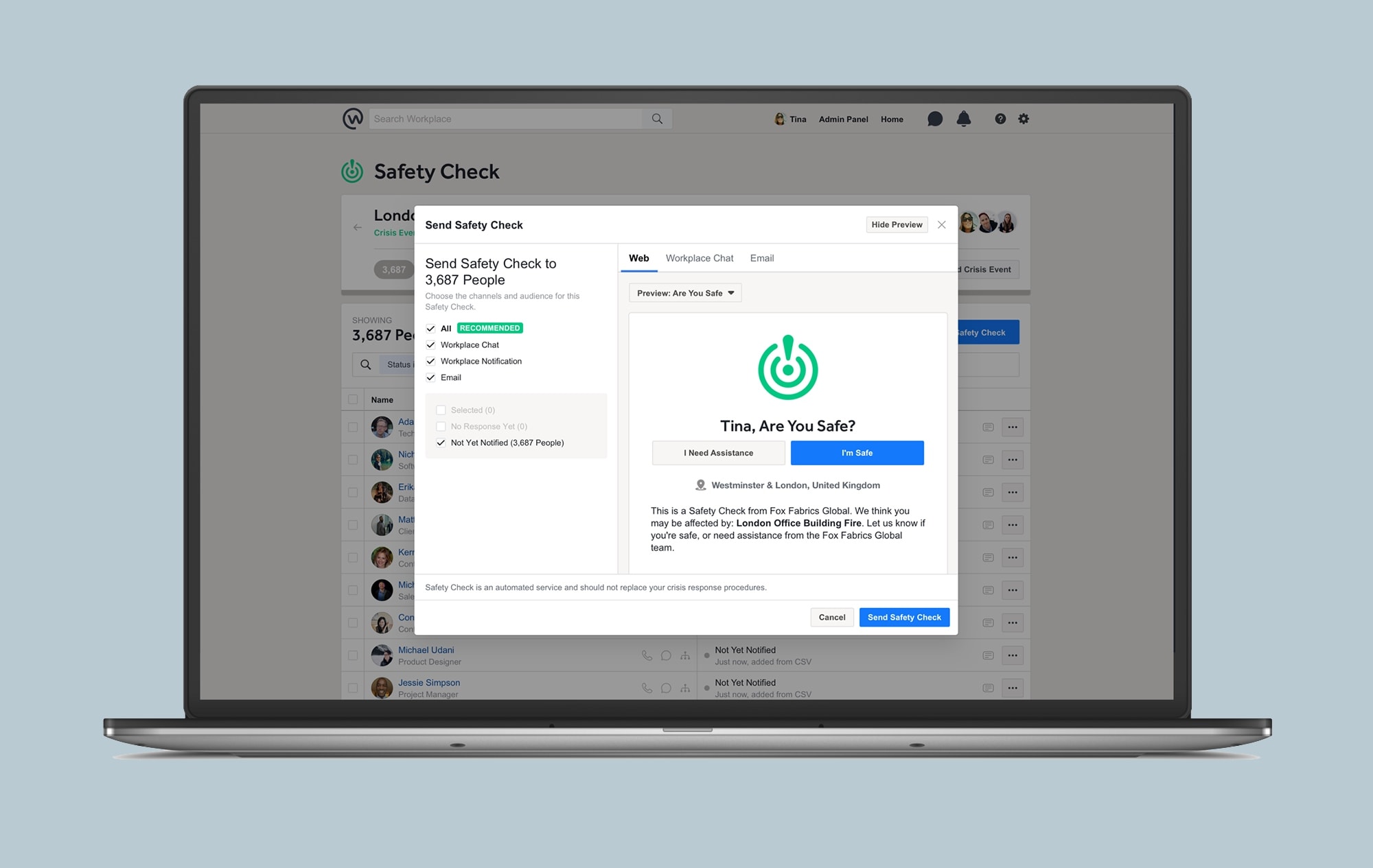 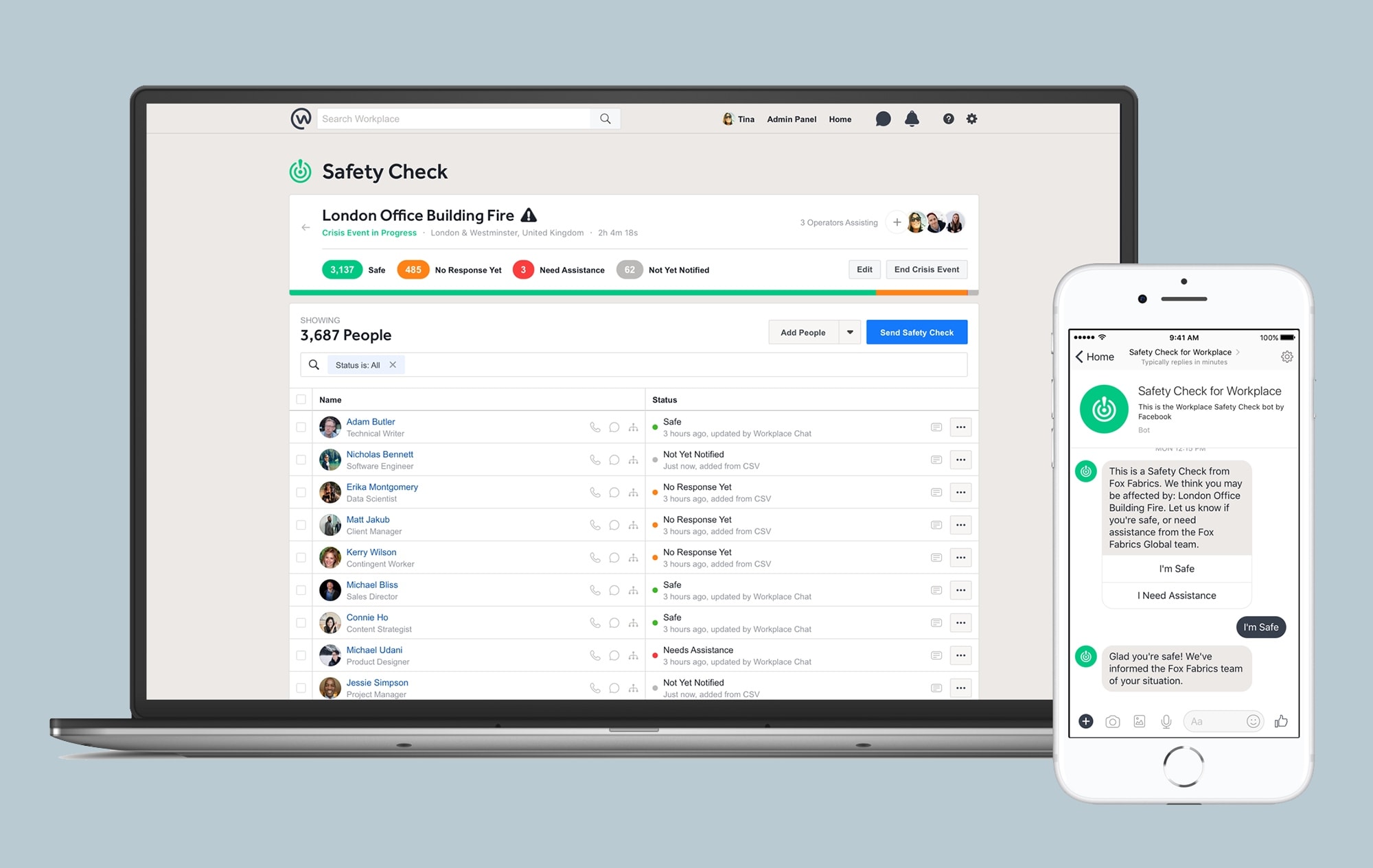 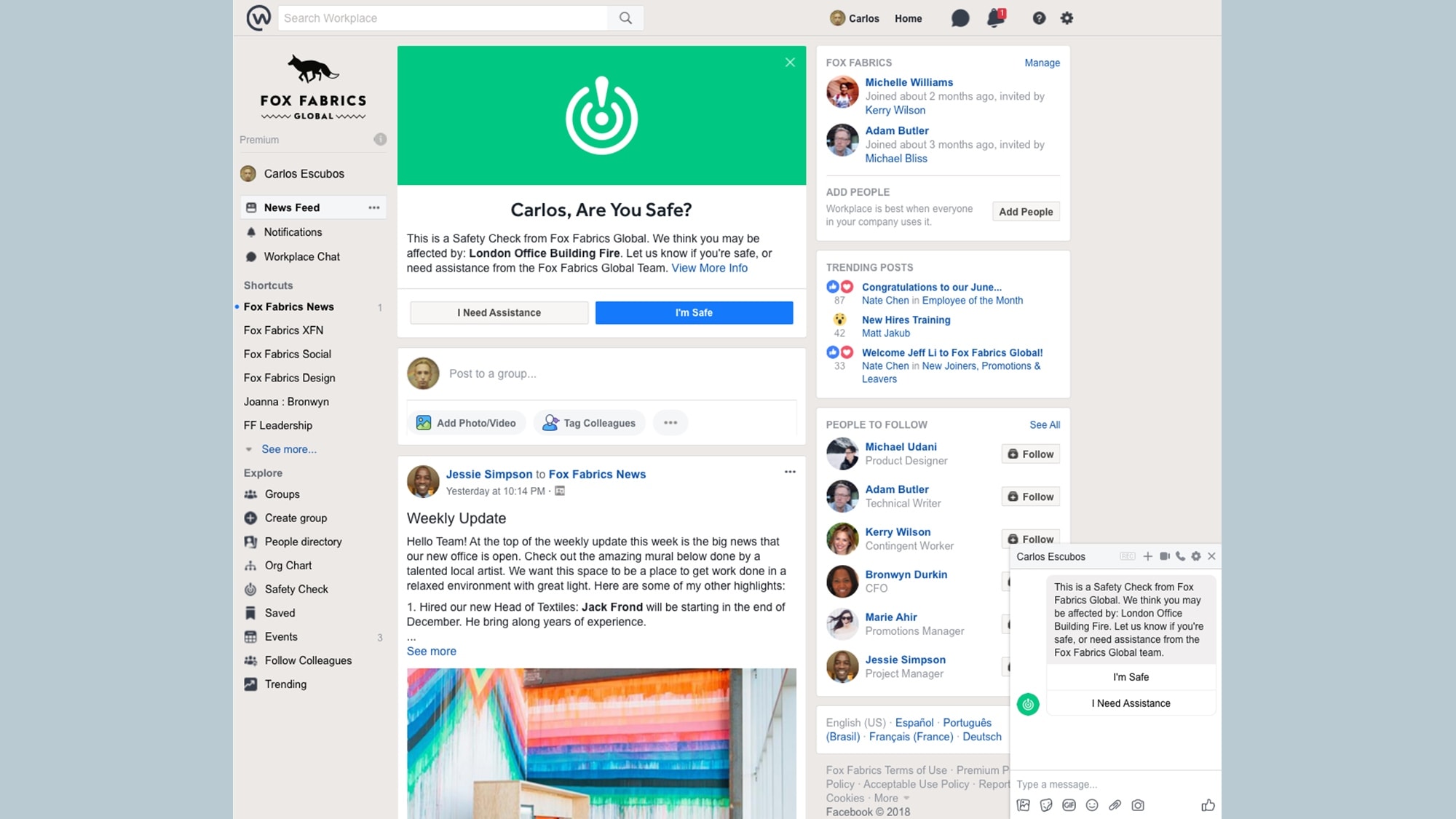 Workplace by Facebook introduced several other new features at Flow.

Members of multi-company groups can start group chats, one-on-one chats and video and voice calls with any other member of the group, regardless of whether they are a part of the same company.

Workplace by Facebook said this collaboration update has already been enabled for MCGs, and the ability for people in those groups to work together via Workplace Chat has begun rolling out.

CCS Insight principal analyst, digital workplace Angela Ashenden said of the move, “This is a natural progression, with Facebook already a leader in chat with WhatsApp. WhatsApp is also widely used by employees for business use—something that we believe Facebook will be looking to convert across to Workplace through Workplace Chat. By adding chat and voice and video calling to multi-company groups in Workplace, the company is responding to the growing demand for better collaboration support across organizational boundaries, and it clearly wants to accelerate the viral adoption of Workplace from company to company.”

Workplace by Facebook users can now pin messages to the top of threads, in order to ensure that key updates are not missed and save colleagues from the task of scrolling back through messages.

Workplace by Facebook added a Do Not Disturb feature, enabling people to snooze notifications or set specific times to receive them.

Do Not Disturb can be activate in Workplace by Facebook and Workplace Chat with one click, and users can determine how long the setting will remain in effect, with their colleagues receiving automatic messages while they are unavailable.

Workplace by Facebook said in its blog post, “We believe in connecting employees to work together and build communities. But we’ve also heard feedback from customers that there are times when working most effectively means switching off other distractions and focusing on tasks without interruption.” 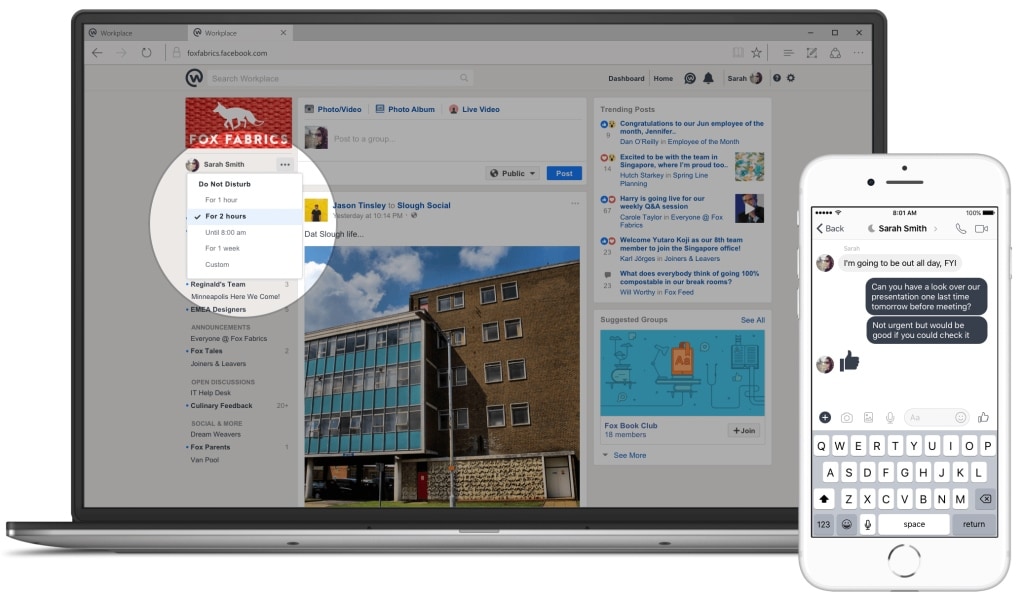 Group posts can now be marked as important in order to emphasize their high priority, and those posts will appear atop group members’ News Feeds.