The match-four puzzle game challenges players to defeat an army of drones controlled by the evil MomCorp. 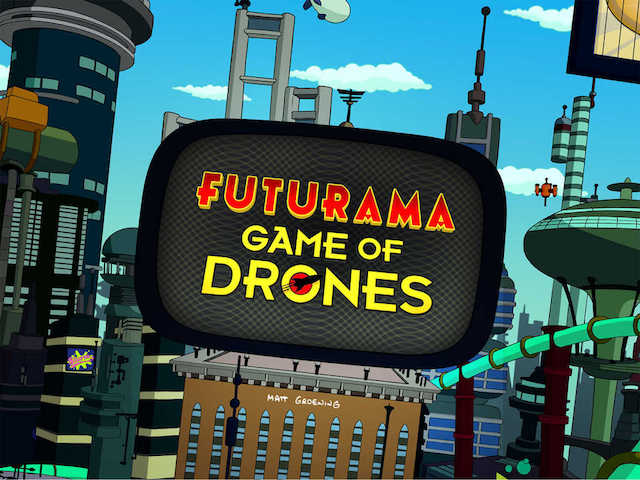 Agent Alice developer Wooga has announced the release of Futurama: Game of Drones on iOS and Android. The match-four puzzle game stars Fry, Leela, Bender and other characters from the Futurama television series, and challenges players to defeat an army of drones controlled by the evil MomCorp.

In each level of Futurama: Game of Drones, players are asked to create groups of four or more matching drones on a hexagonal grid. When players match five or more drones in a group, they create special drones like line or bomb drones (as examples), which can be used to clear large groups of drones from the screen.

Each level has a different goal to complete, like clearing drones of specific colors in bulk, or clearing toxic waste tiles by making matches on top of them, as examples.

As players progress, they’ll unlock boosters which can be activated before or during stages. One may allow players to start the next stage with special drones already on the board, while another can be used to instantly clear drones on four areas of the board, as examples. Players receive a few of these boosters for free, and can purchase additional boosters with premium currency.

If players fail to complete a level before running out of moves, they lose a life. Players can wait for these lives to recharge over time, or can ask their Facebook friends to send them lives. Users can also watch video ads for free lives.

Futurama: Game of Drones is available to download for free on the iTunes App Store and Google Play. The game offers 175 levels at launch, with additional levels coming in future updates.