Optimus Prime is back 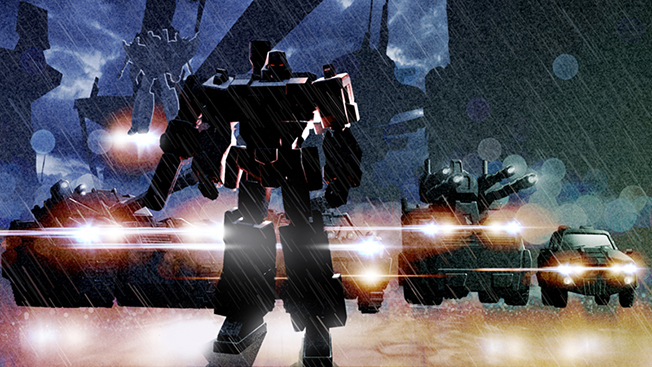 You see, before Facebook, Reddit, and Twitter became robust social channels, people were still sharing their nostalgic fetishes on message boards. But the boards' reach was limited, and they offered no data for marketers to mine. It was easy to see that kids loved Led Zepplin long after the band's glory days thanks to the T-shirts they wore, but it was harder to know people still cared for the 1980s Transformers cartoons after they went away.

Now, social-media data allows marketers to discover all kinds of nostalgia at critical mass. And Hasbro unveiled an initiative here at Cannes Lions today that underscores the opportunity brands have to craft messages informed by digital buzz. It's working with Machinima to release a new series of anime-inspired Transformers episodes—with the look and feel of the original programs—that are aimed at Gen Xers and older millennial viewers.

The narratives are aimed at adults but take place in the franchise's mid-1980s past with futuristic, action-packed themes, Stephen Davis, chief content officer at Hasbro, told Adweek before unveiling the series during a panel.

"Transformers, of all the brands we have, entails one of the broadest fan bases—from little kids all the way up to adults," he said. "We saw it as a way to draw the Generation X and Gen Y demographic to a new, compelling storyline."

On Aug. 2, the first of eight episodes, each just five minutes long, will air on Verizon's social entertainment platform go90 in the U.S. And AMC Networks International will carry the series—called Combiner Wars—in Spain and Portugal. Hasbro plans to make the series a trilogy, with Part 2 airing in 2017. Social influencers such as DashieGames and Counter656 have been signed on as partners to push the project for the next several weeks.

Machinima CEO Chad Gutstein described how social data played into the decision to make the series: "When we are in development for a project, we start with data. When we looked at the data on social around Transformers … not only was there massive traffic around it, there really was this alpha fan—aged late millennial through Gen X—who had huge amounts of engagement and who had nine times greater affinity with video gaming for the Transformers brand than the general public. So we knew this was a really strong fit with the older part of [our] audience.

"At the same time, we've seen a trend over the last year where nostalgia content is really resonating with the 18- to 24-year-old audience—in a strange way, in that they are not old enough to have the nostalgia for the content, but they recognize it's nostalgic, and they think it's cool."

Kind of like those high school kids wearing Stairway to Heaven T-shirts. Indeed, Hasbro and Machinima appear to be ahead of an emerging marketing phenomenon, where brands dive deep into social data to unearth trends for content production. In recent weeks, for instance, we exclusively reported that Gen X males were increasingly posting on Facebook about 1980s arcade games like Pac-Man.

Hey, there's probably some money to be made there, too.

"The art of weaving brand association into consumer memories not only boosts brand engagement—it builds lifelong customer loyalty," remarked Nikki Hawke, CMO at The Exchange Lab. "We all want to connect to that potent, idealized version of the past, which is why trends such as Facebook 'On This Day' and #ThrowbackThursday have taken the social media world by storm."

Davis of Hasbro added that Combiner Wars should do well with Gen Z. "We think it will create a zeitgeist," he said, "and younger generations will discover Transformers as well."

If nothing else, the data already shows many of their parents will tune in.