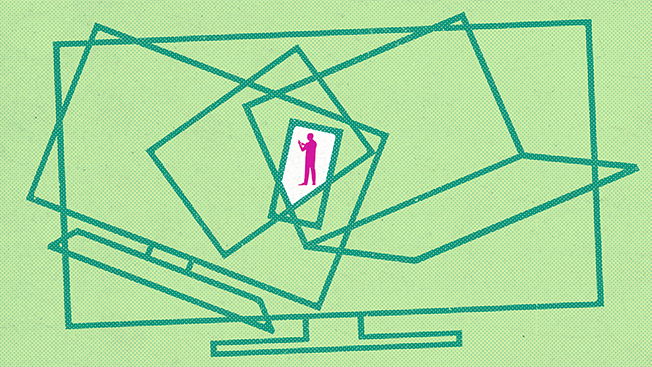 Consumers increasingly get their content across smartphones, laptops and desktops, so brands are eager to run campaigns that reach consumers on every one of those screens. With technology catching up to demand, marketers are predicting that 2016 will be cross-device programmatic's great leap forward. The era of targeting only to a particular device appears to be on the way out.

It's no secret that consumption habits are rapidly changing, and digital marketing is reflective of this seismic shift. In 2015, eMarketer predicted programmatic digital display ad spending in the U.S. to total $15.43 billion, with projected growth to $21.55 billion in 2016 and $26.78 billion in 2017.

"It's becoming less and less the case that marketers or brands are just looking to reach their chosen audience on a single device or screen at a time—they're looking to get a lot more holistic," said Joe Laszlo, vp of industry initiatives at Interactive Advertising Bureau, which will be holding its Annual Leadership Meeting in Palm Desert, Calif., later this month and where marketers no doubt will be weighing in on the future of these campaigns.

It's clear, though, cross-device targeting is already well underway. Hotel chain Red Roof Inn, for instance, is doubling down on cross-device targeting, lifting its mobile ad spend to 40 percent from 20 percent this year, noted Kevin Scholl, Red Roof Inn's digital marketing director. In January 2015, Red Roof, with agency partner 360i, pitched offers to travelers stranded at the airport or who were stuck on the Interstate, based on flight information and traffic patterns. The campaign was such a hit—last-minute bookings increased by 60 percent—that it's returned again this year with increased ad spend and expanded geotargeting for its international markets including Brazil, Thailand and Canada.

"For us, it's about really maximizing our spend to make sure the audience we're engaging with are people we know are going to have a need and will want to get served up an ad for one of our properties," Scholl said.

Matt Westover, vp of product marketing at ad-tech player Turn, disclosed that a major luxury automotive client retargeted viewers across three devices—mobile, tablet and PC—and got a 15 percent higher conversion rate compared to if they were just reached on a single screen.

Meanwhile, car-sharing network Zipcar is increasing its cross-device budget this year, and Wunderman global chief data officer Gary Laben expects the lion's share of his clients to be interested in coordinated targeting across more than one screen in the coming months. It's about "reaching people, not devices," noted Rocket Fuel CEO Randy Wootton.

But as marketers connect more and more of the dots to draw an even more accurate picture of every consumer, they will need to be mindful of the third rail of ad tech: privacy.

To illustrate the difference between collecting enough data to be useful and being overly invasive, Laben offered an airline analogy. "I want [airlines] to have as much information as they need to make sure that if they've already lost my luggage, I don't need to go watch the baggage claim carousel spin around," he said.