What Would Bill Do? Media Coach Bill McGowan Takes on the Week’s News 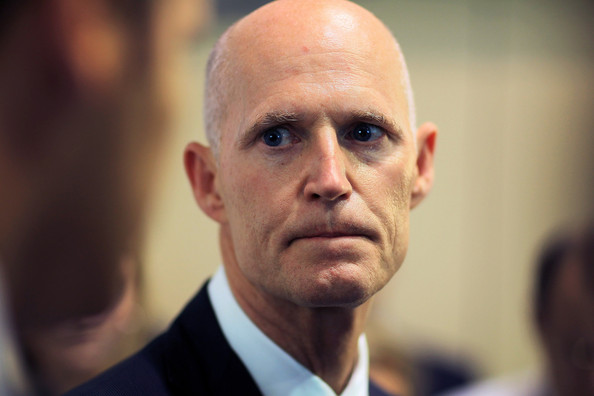 It’s time for the latest edition of our ongoing collaboration with Bill McGowan, Clarity Media Group founder and advisor to executives at Facebook, Airbnb, CNBC and more.

1. First, Bill takes on Governor Rick Scott and his problem with fans:

Scott Blows It with Fan-Gate: If Florida Governor Rick Scott wanted to make his Democratic opponent Charlie Christ hot under the collar during this week’s televised debate, he picked the wrong way to do it.

For seven agonizingly awkward minutes, Scott refused to take the stage across from his challenger because of an electric fan Christ had underneath his podium.  Granted, it was in violation of the official rules of the debate, but really, are you going to pout like a spoiled brat and take your toys and storm home?  Not very gubernatorial of him. Even though Scott eventually took his place on stage, the stunt made him look impetuous and shallow.

Worse yet, he missed a golden opportunity for a zinger by not coming out on stage as planned and incorporating into his opening statement, “I’m overlooking the fact that my opponent is violating the debate rules by having a fan blowing on him. Charlie, I’d be worried about sweating too if I had to defend your record.”

Jimmy Buss Under The Bus: If watching family fireworks is your idea of a spectator sport, then go to TicketMaster right now and see if you can score two seats to Phil Jackson’s Thanksgiving dinner table. It’s sure to be wackier than a Dennis Rodman slam-dunk contest against Kim Jong-un. That’s because the “Zen Master” displayed decidedly more nastiness than namaste this week in breaking one of the golden rules of sports press conferences: trashing your old boss.  But this wasn’t just any old ex-boss Jackson threw under the bus. This was Jim Buss, the Los Angeles Lakers top honcho who also just happens to be his future brother-in-law.

The dig?  Jackson seemed to think it important to point out that the only reason Jimmy boy has his job is because his father handed it to him on a gilded platter.  Now, given that Jackson has more NBA Championship rings than he has fingers, he probably doesn’t care about igniting a family feud in public.  But wouldn’t it have been much more insulting — and at the same time more dignified — for Jackson to say, “Frankly he’s not somebody I think about at all.”

3. The Obama administration had a problem with terminology this week: it couldn’t stop the press from labeling its new Ebola response coordinator “Ebola Czar,” and it couldn’t come up with a decent name for its ongoing campaign against ISIS:

Macho-Free Pentagon Branding: It looks like those branding experts at the Pentagon may be going soft on us.

In the past, when military operations needed a name (because certainly the word “war” is not an option) Pentagon wordsmiths would conjure up something that sounds powerful, urgent or both.  “Operation Desert Storm” fits that mold.  “Shock and Awe” broke the mold in the most arrogant way imaginable.  Now, this week comes the testosterone-free name for the U.S. operation against ISIS in Syria: “Operation Inherent Resolve.”

You’re certainly not going to find any Marines chest bumping over this one.  It sounds more like a new laundry detergent than a series of deadly air strikes.