From gender-neutral AI to coding 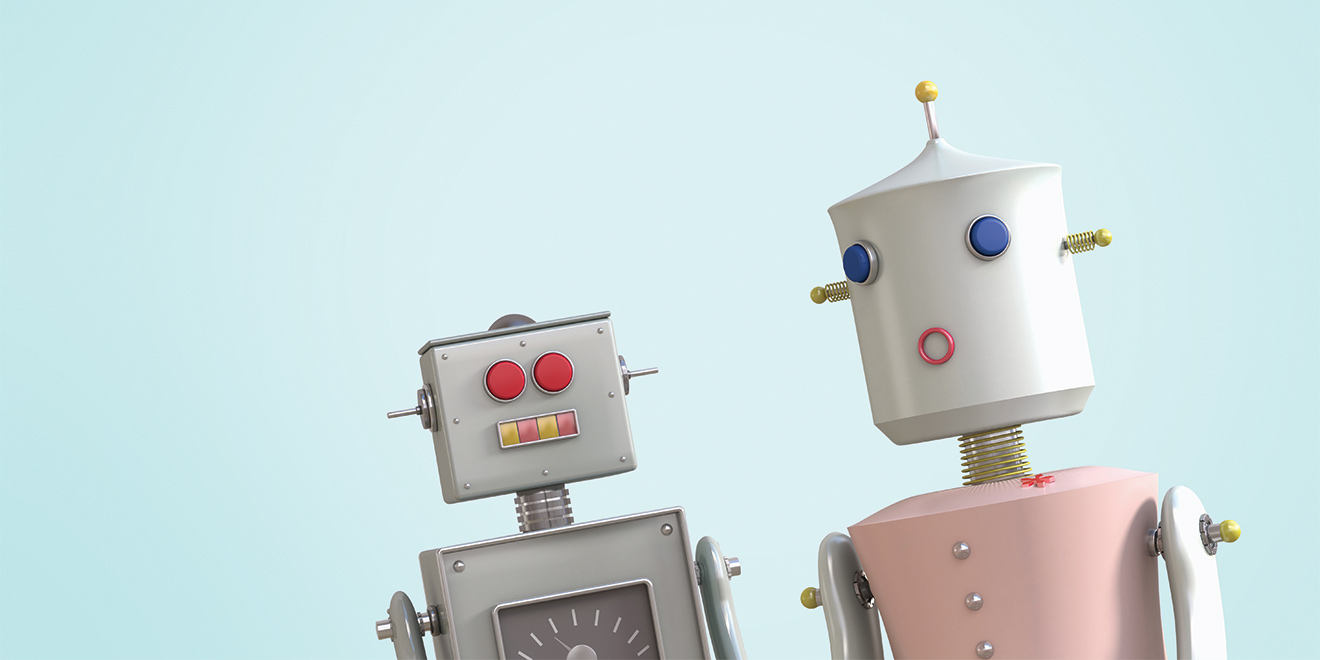 At a time when diversity remains a front-burner issue within the tech industry, this year’s Consumer Electronics Show—the tech world’s largest conference—is surprisingly lacking in, well, diversity. While, in the past, the agenda-setting conference has showcased powerhouse solo women keynoters such as IBM CEO Ginni Rometty, General Motors CEO Mary Barra and former Yahoo CEO Marissa Mayer, this year, CES has chosen, for instance, to present a trio of women executives from A+E Networks, MediaLink and 605, sharing the stage alongside five male execs in a keynote panel.

Not surprisingly, CES’ male-dominated lineup has been widely slammed, with a number of CMOs and other marketing executives publicly criticizing the organization.

CES’ gender imbalance is emblematic of the broader gender inequity issues currently roiling tech. According to Girls Who Code, last year, 30,000 men graduated with computer science degrees compared to 7,000 women. Once they graduate, the statistics are grim. According to Crunchbase, the number of companies with at least one female founder increased to 9 percent between 2009 and 2012—but that number hasn’t budged in five years. The funding picture isn’t much better. According to the Harvard Business Review, among venture capital bankrolled tech startups, just 9 percent of the entrepreneurs are women.

Not content with the status quo, a number of women in tech are taking the lead to tip the gender scales, creating opportunities for women while at the same time making systemic changes when it comes to culture and thinking about diversity. 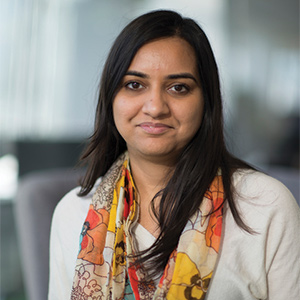 Artificial intelligence may be the buzziest new word in tech circles, but it has a significant gender problem, according to Sharma. For starters, AI assistants like Apple’s Siri and Amazon’s Alexa, which have female voices and personas as their default option, reinforce gender stereotypes. While these female-branded assistants are often used as “helpers,” fielding passive and anodyne questions (e.g., Siri, what’s the temperature?) or conducting household tasks like dimming lights, their male-branded counterparts such as IBM’s Watson, Salesforce’s Einstein and Samsung’s Bixby are touted as muscular, complex problem solvers deployed to such tasks as plugging into a brand’s CRM system and using AI to determine which sales leads are most promising based on past behavior.

Further, Sage’s code of ethics requires developers to follow five guidelines when creating AI. It covers everything from how to name virtual assistants to building diverse data sets that help companies make hiring decisions when gender is taken out of the equation.

“Women are going to lose twice as many jobs as men due to AI,” Sharma explains, citing research from the Institute for Spatial Economic Analysis. “What we don’t talk about is how [AI] is going to impact different parts of society in different ways. I do a lot of work in that area.” 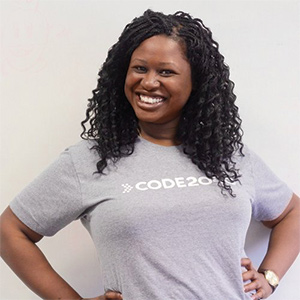 2. Allison Jones, director of marketing and communications at Code2040

What she’s doing: Getting tech students in the door

Code2040’s mission is to make sure that black and Latinx men and women are well represented in tech. To that end, the 30-person organization provides computer science college students with internships at major companies like Squarespace, Spotify, The New York Times and Goldman Sachs.

The organization also works directly with companies to shake up and realign their internal hiring processes. When Code2040 helped blogging platform Medium hire its technical talent, instead of focusing on the usual factors such as college GPAs, it worked with Medium to create face-to-face events with engineering interns in order to get to know each candidate personally.

While just 20 percent of computer science bachelor’s degrees and 5 percent of the technical workforce are black and Latinx, by 2040 they will comprise 40 percent of the U.S. population. Says Jones, “It’s not enough to just connect folks to talent—you have to make sure that your company has the culture that helps them drive, succeed and grow.” Adding, “The opportunities provide a way to generate wealth. We are building products that need to reflect the communities that are going to be the majority by 2040.” 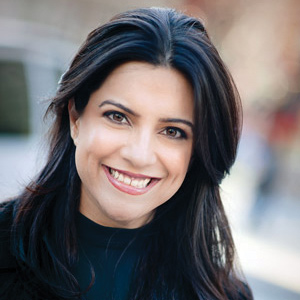 3. Reshma Saujani, founder and CEO of Girls Who Code

What she’s doing: Teaching thousands of young women to code

In the six years since Saujani, a former attorney, launched Girls Who Code—53,000 young women have graduated from the program. By the end of 2018, her goal is to nearly double that number, hitting 100,000.

The way Saujani sees it, although the demand for technical roles continues to rise, the percentage of women who actually hold computing roles is falling. The organization’s own research finds that 24 percent of computer scientists in 2017 were women, down from 37 percent in 1995. By 2027, the percentage is expected to slip further to 22 percent.

“I think parity has to be intentional about gender and race,” Saujani says. “We talk a lot about access to computer science education. We should be focused on participation.”

At the same time, she says, simply getting more tech companies to hire women is just the first part of the equation; the second is retention. “What causes women to leave the workforce and college is the lack of community,” Saujani adds. 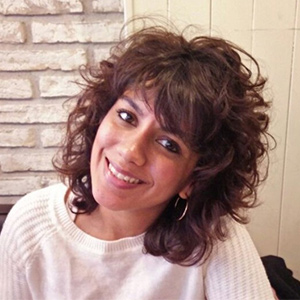 If the technology industry is dominated by men, think of bitcoin as an even more exclusive boys club.

“It’s a niche within a niche,” says Murarka. As co-founder of the five-person startup Smoogs.io, she’s trying to help more women understand the nascent technology. Smoogs.io powers a media player that digital creators including publishers and authors embed into their websites asking consumers to make small payments in exchange for accessing content. Instead of using a credit card to make individual payments, bitcoin stores users’ information, safely allowing them to pay for every second that they watch a video or read an article. Currently, the Nigerian news network BattaBox and author Akul Tripathi are testing Smoogs.io’s micro-payments to access and read a series of articles and books.

In Muraka’s spare time, she co-hosts London Women in Bitcoin, a meetup event aimed at attracting more women into the cryptocurrency space. Here, women network while learning about such topics as the ethics behind building bitcoin technology.

“Most of the people who come to us are everyday people from different industries, not just technical industries,” says Muraka, who believes in order to get more women in tech, they need tech educations. 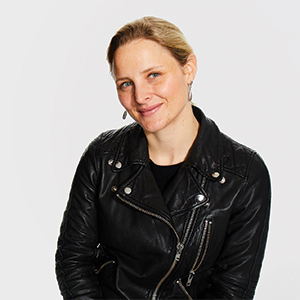 In 2014, Zaleski—who had spent years working in media at The Huffington Post, The Washington Post and NowThis News—realized society needed to change the way it talked about women and work.

So, she started PowerToFly with Milena Berry, connecting women with companies. Think of it as an all-women version of LinkedIn: Women create profiles and then outfits like American Express, Casper and Hearst get lists of qualified, tech-heavy, female candidates. For example, Casper recently posted 10 job openings on the site, including positions for a data engineer, an IT manager and a data and engineering director. 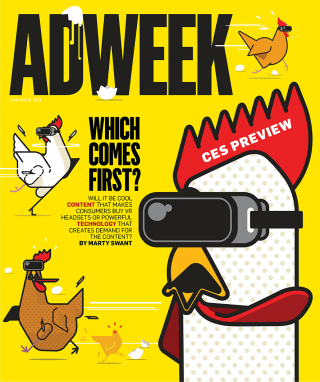