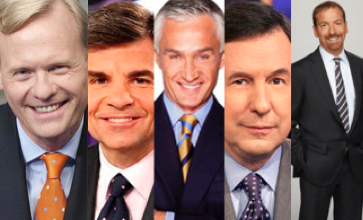 Highlights will include former President Bill Clinton on “State of the Union” and Mitt Romney on “Meet the Press.”